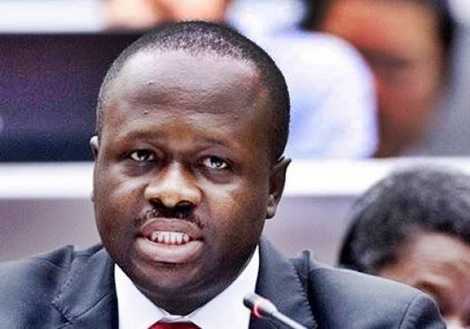 Former Minister of Communications, Dr. Edward Omane Boamah has reacted to Professor Kwamena Ahwoi's book, "Working with Rawlings" and said the claim that he was engaged to talk back at former President Jerry Rawlings was untrue.

Prof Ahwoi had stated in his book that since former President Rawlings had fallen out with former President John Evans Atta Mills and was constantly attacking his government, which culminated in Mills onetime taking a decision to resign, they [Ahwoi's] decided to train some young men to deal with Mr. Rawlings.

The young men are the ones whom Mr. Rawlings is said to have later referred to as "babies with sharp teeth."

But in a press stated issued Wednesday morning [August 5, 2020], Dr Omane Boamah said, "Respectfully, I need to place on record that this claim is wholly and completely inaccurate and untrue."


Below is a copy of his statement

I have read excerpts of the Prof. Kwamena Ahwoi’s Book, “Working with Rawlings” that appear to suggest I was among a group of young politicians, who were purposely engaged by him and others to respond to and “talk back” at former President Rawlings for the latter’s attacks on the personality of the late President of Ghana, His Excellency John Evans Fiifi Atta Mills.

Respectfully, I need to place on record that this claim is wholly and completely inaccurate and untrue.

As a young man and politician with core convictions, I was never engaged nor could I have allowed myself to be used by anyone to talk back at former President Rawlings.

My principled stand in defending the late President Atta Mills, without insults, against attacks I thought were underserved was borne out of my respect and appreciation of the personality of the late President Mills – the Asomdwehene, his pureness of heart and other sterling and unique qualities that he possessed to a fault.

The suggestion that my defence of the late President was part of a deliberate “strategy” by elders is irksome to me. It does not reflect my personality as a
politician of conviction and not of convenience.

For the record, I state emphatically and unequivocally that any claim that I was a recruited participant in any such grand agenda could only be the result of an inadvertent error in recollection and not founded on anything that remotely resembles the truth.