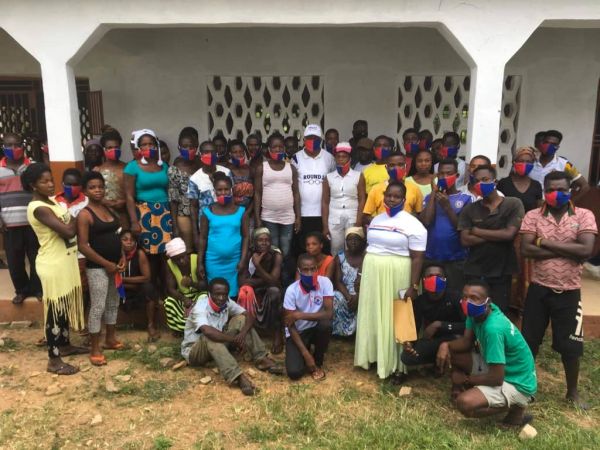 Ahead of the December polls, some supporters of the National Democratic Congress (NDC) at Bodi constituency in the Western North Region have defected to the ruling New Patriotic Party (NPP).

The leadership of the defectors said their decision to join NPP was informed by the massive development within four years of President Akufo-Addo’s government.

According to some defected persons from the Puakrom community in the constituency, the NDC has neglected them over the years - hence, their reason among others to defect.

They further explained that, though they have been a stronghold of the opposition NDC, the enormous contributions of President Akufo-Addo's led NPP administration has contributed significantly to their well-being and development.

The defectors also accused their Member of Parliament, Sampson Ahi for doing nothing to help the constituency.

Adding that, “Should we lay aside the social intervention initiatives and flagship programs of the President Akuffo-Addo's government, the Western North Regional Chairman of the New Patriotic Party (NPP), Mr. William Benjamin Assuah, has been very supportive upon his assumption of office. Every support we appealed to him for has been provided, including a mechanized borehole he recently single-handedly funded”.

However, the Western North Regional Chairman, Mr. William Benjamin Assuah, and his entourage gave a warm reception to the NDC defected members and also admonished them to contribute immensely to the re-election of President Nana Addo Dankwa Akufo-Addo led NPP.