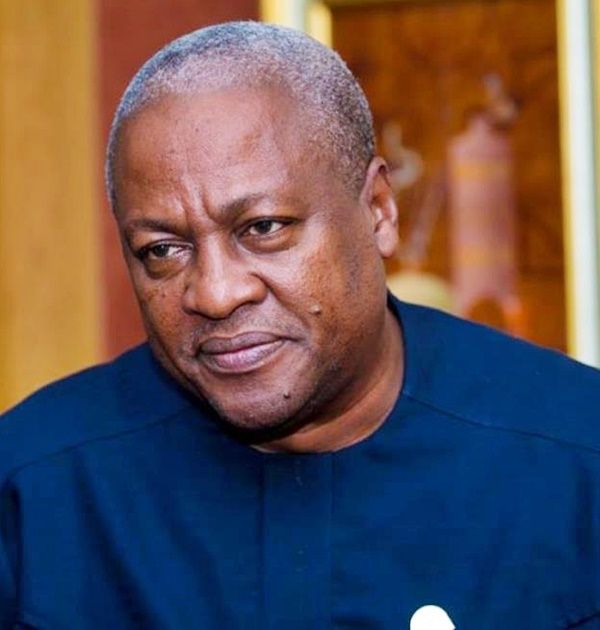 Former President and flagbearer of the National Democratic Congress, John Dramani Mahama has been captured in a video sighted by Peacefmonline.com claiming President Nana Addo Dankwa Akufo-Addo has performed abysmally in his “8 years’’ in office.

Mr. Mahama said this while appealing to Ghanaians to show the President and his government a red card in the December 7th general elections.

“Let’s register and kick out this non-performing government. It’s been 8 years of abandoned projects; 8 years of failed promises. One Village One Dam has not materialized. All the dams dry up in the dry season. Most districts do not have any factory yet and yet it’s all been propaganda, propaganda and propaganda’’, he told some journalists after registering for his voter ID card.

Following the former President’s address, many Ghanaians have been wondering what he means by eight years of President Akufo-Addo’s administration.

Is he endorsing President Akufo-Addo for a second term in office or it’s just a slip of tongue?

Could it be Mr. Mahama is prepping himself for 2024 Presidential elections and that this year is just a litmus test?

These are but a few questions baffling a lot of minds as they set out to solve the enigma behind Mr. Mahama’s assumption that the current administration has been in office for “eight years’’.

Meanwhile, Mr. Mahama's comment has attracted reactions from the general public and below are some of them:


I was always suspicious that .⁦@JDMahama⁩ was only using 2020 as a rehearsal for 2024 after Akufo-Addo’s 8yrs. I think they call it a Freudian slip... pic.twitter.com/6XQyunHh8c


Nana chop 3& a half years in Government but Mahama sey we chop 8years. Well the #4More4Nana is stronger than apartheid. Mahama sef throw in the towel! pic.twitter.com/YFjLIE3Ld5