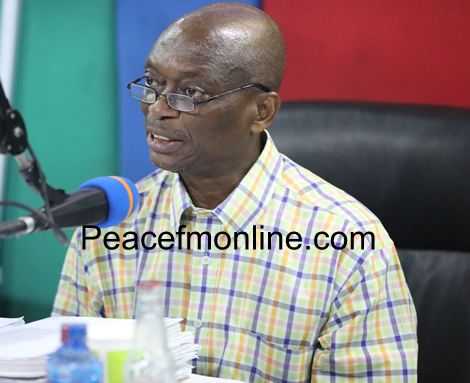 Editor-in-Chief of the New Crusading Guide newspaper, Abdul Malik Kweku Baako, says the Electoral Commission (EC) could have prevented the clash between the Military, some registrants and the opposition National Democratic Congress (NDC) at Banda in the Bono Region.

A video widely shared on social media earlier this week, shows Johnson Asiedu Nketia confronting some military personnel in Banda, who had mounted roadblocks allegedly preventing the busing of people to registration centres.

Commenting on the issue, Mr Baako stated that per his checks, some of the residents in Banda indeed didn't have registration centres at where they lived, and thus often organize themselves to register at a nearby centre.

To avoid the allegation of a political party busing people, the renowned journalist suggested during a panel discussion on Peace FM morning show 'Kokrokoo' that the EC could have located the residents of Banda with their mobile vans.

"I'm told it's true; that there are no registration centres at where some of the people stay and so couldn't the EC have organised some of their mobile teams to go to where they live to register them?" he queried