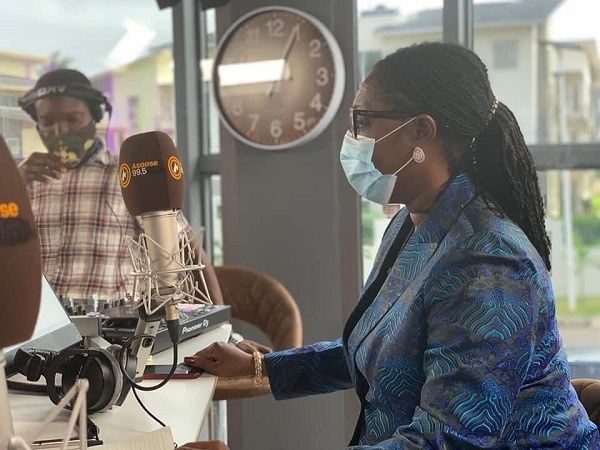 Communications Minister, Ursula Owusu-Ekuful has told the opposition National Democratic Congress (NDC) to have the guts and courage to make its running mate, Jane Naana Opoku Agyeman the flagbearer in the near future.

This follows the announcement of the NDC to make Prof. Jane Naana Opoku-Agyeman its running mate to John Dramani Mahama ahead of the 2020 polls.

According to Mrs. Ursula Owusu-Ekuful, the track record of the opposition under the John Mahama administration does not leave much optimism for same, hence, Opoku-Agyeman has an impossible task in her candidature.

Speaking on Asaase Radio on Tuesday, August 11, the Member of Parliament for Ablekuma West Constituency said; “What I see between the flagbearer and the running mate is not an underestimation but an honest assessment of the NDC's team based on their own track record and previous conduct, so I wish [Prof. Jane Naana] all the best but she has an impossible task before her and maybe next time around they will have the guts and courage to make her the flagbearer and then we would have a real contest on our hands”

Mrs Owusu added Ghanaians have already experienced the tenure of the John Mahama administration and not much has changed with regards to how people viewed him and therefore urges the populace to be wise in exercising their franchise.

Meanwhile, Ghanaians will on December 7, 2020 go to the polls to elect a President as part of a four-year constitutional mandate in a general election.

The likely to be keen contest will see John Dramani Mahama, flagbearer of the National Democratic Congress contend against Nana Addo Dankwa Akufo-Addo, the current President of the Republic and flagbearer of the ruling New Patriotic Party.