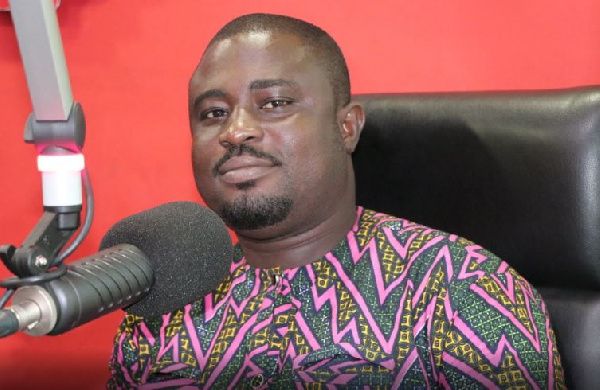 According to him, there are only three (3) major political parties who have contributed to the socio-economic development of this country; namely, the CPP, New Patriotic Party (NPP) and National Democratic Congress (NDC).

"The other political parties do not show any sign of seriousness. They are just like concert parties who are entertaining Ghanaians.

"The CPP which is now the third force political party in the country has provided immense development for this country. The founder of the party who later became Ghana's first president, Dr. Kwame Nkrumah contributed immensely to the development of the country, he led the industrialization drive of this country.

"So when it comes to the development of this country, you cannot rule out the Convention People's Party," he told Kwame Nkrumah Tikese on Okay FM's Ade Akye Abia program.

Touching on the filing fees, he slammed the Electoral Commission for failing to extensively consult other interest groups in its decision to peg filing fees for the 2020 presidential and parliamentary polls at GHC100,000 and GHC50,000 respectively.

To him, the EC, per it's actions is creating the situation where "drug lords", because of their financial strength will run roughshod over others during elections.

"Even though the EC is not mandated to consult parties on the subject matter, it was prudent for the EC to have considered consulting the political parties," he said.

“Per the common sense which makes political parties stakeholders when it comes to elections in this country, which has also informed the Electoral Commission to form an Inter-Party Advisory Committee (IPAC) and to an extension caused the EC to always meet and form a consensus with the political parties, the EC should have met with the parties to build a consensus on this issue. After all, political parties sponsor individuals who contest as presidential candidates and political leaders.”

"The EC is setting precedent for a future where only drug barons and criminals with the financial muscles are the ones who contest elections in the country with its 100% increase in the filing fee of presidential candidates," he said.