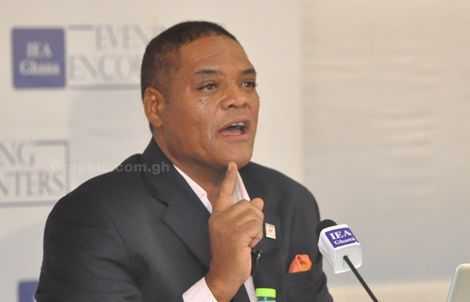 Flagbearer of the Convention People’s Party (CPP) Ivor Greenstreet has said his party has gone through a lot of transformation over the past few years.

Mr Greenstreet on TV3 Tuesday, September 15  said there have been changes at the constituency, regional and national levels of the CPP as part of moves to strengthen it for the elections.

These transformations, he said, have made the party a force to reckon with in this year’s elections. “Since the last elections there has been reorganization of the party [at] constituency level, regional level.

“There have been many changes that have taken place and these have brought new dynamism, new ideas that has brought hope.

“The time is short and we believe we can utilize that time well.”

He noted that surveys upon surveys have shown how Ghanaians are tired of the two major political parties – the NDC and the NPP – “and we believe the CPP is their option”.

Mr Greenstreet further said if he wins the polls, he will cancel and renegotiate some of the multinational contracts that have been signed by governments of the NPP and the NDC.

In his view, the country is not benefiting from some of the multinational contracts signed by the governments of the NDC and the NPP, hence his decision to have a second look at these contracts. “We would renew and take a look at the contracts,” he said, adding that “we intend to negotiate some of them.”

“We will insist on fighting for better contracts for Ghana,” he added.