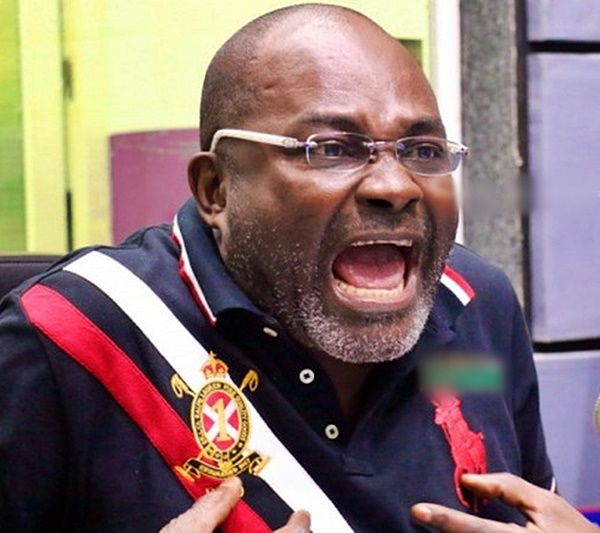 New Patriotic Party(NPP) Member of Parliament(MP) for Assin Central, Kennedy Ohene Agyapong has alleged that the opposition National Democratic Congress (NDC) has commenced an agenda earmarked to execute ahead of the December 7 Presidential and Parliamentary Elections.

According to the MP, the NDC has designed a tall list of plans purposed to court public disaffection against the NPP ahead of the December 7 general elections including a plan to incite Akyems against Ashantis.

“They will pitch Ashantis against Akyems and say that Akyem people have cheated out Ashantis by claiming Akufo-Addo is using only members of his family for the Agyapa deal. SO, they are going to incite Ashantis against Akyems. They are also going to incite the minority tribes against the majority tribes. They are very diabolic and they want to pay some journalists to push their diabolic agendas,” he alleged on the Seat Show on Net 2 TV, monitored by GhanaWeb.

He further claimed that as part of the plan set out by the opposition, they intend on recruiting some youth to cause mayhem across the country while wearing colours of the NPP.

“Another serious one is that they will dress NDC people like they are NPP to cause problems after which they will push it on the NPP. The youth you have to be vigilant, they want to be diabolic by using our party colours to go and cause mayhem then it will be said that NPP people did it,” he said.

He indicated that the NDC intends to keep NPP communicators from effectively addressing issues by provoking them anytime they engage them on any media platform.

The MP also asserted that the NDC is engaging the services of foreign IT experts who will arrive in the country on September 19 and will conduct a snooping exercise by eavesdropping on communications of EC officials.

He also announced that the NDC seeks to rope in Civil Society Organisations in executing the party’s agenda.