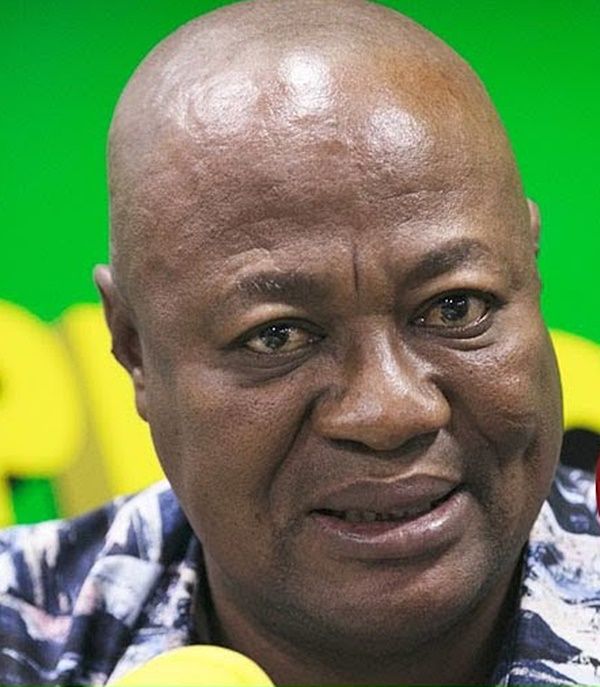 Ashanti Regional Secretary of the ruling New Patriotic Party (NPP), Sam Pyne says the NDC flagbearer, John Dramani Mahama should stop behaving like he is the President of Ghana.

According to him, it's become a habitual practice by the NDC flagbearer to address Ghanaians like he is the First Gentleman of the land.

Sam Pyne made this comment while discussing the suspension of Mahama's tour of the Bono Region.

The former President, John Mahama, has registered his displeasure over allegations of missing names in the voters' register.

“We had our agents at all the polling stations, supervising the registration. If there was an issue with compiling the register where the codes of the various equipment were found to be duplicates and it was necessary to issue new voters’ cards, why were political parties not informed? And the point even is, if you issue those new voters’ cards at the district office, how will the people whose cards are affected know so they can go for the new cards? There is so much wrong going on. The incompetence of this EC is legendary,” he stated.

Mr. John Mahama, on twitter, announced his suspension of the Bono Region tour saying, “I am cutting short my tour of the Bono Region to return to Accra because of the increasing reports of challenges with the voter register and the exhibition process. We’ll address a major press conference on the issue in due course”.

His Running Mate, Prof. Jane Naana Opoku-Agyemang is also said to have suspended her tour of the Central Region.

Meanwhile, the Electoral Commission has denied the allegations.

The NPP Regional Secretary wants Mr. Mahama to know that the only gentleman with authority to hold a state of the nation address the nation is His Excellency, Nana Addo Dankwa Akufo-Addo and therefore cautioned the NDC flagbearer to refrain from portraying himself like President.