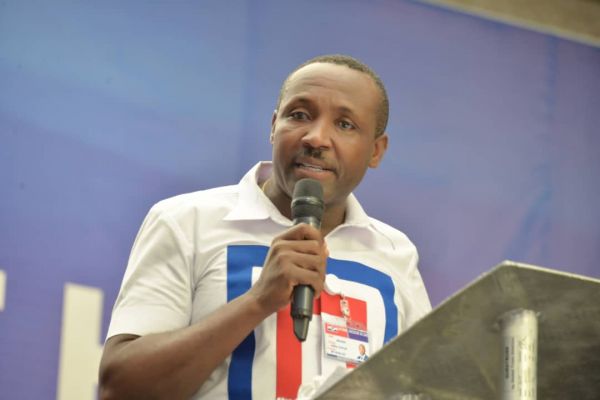 The New Patriotic Party (NPP) has called on Ghanaians to unite against any act of violence in order to keep the country’s peace and security.

It also called on the public, particularly political parties, to join hands to condemn the activities of the secessionist group which had the tendency to plunge the nation into chaos.

Addressing a conference in Accra on Monday, Mr John Boadu, General Secretary, NPP, said the activities of the group was shameful and unacceptable, especially in a country which prided itself as a beckon of democracy in Africa and globally.

“What we need is a united response to demonstrate to the few trouble makers that we will not condone any efforts by any persons to create tensions and insecurity in any part of our beautiful republic.

“We stand ready to assist the government in any way that we can to engage in particular the youth in some of these towns mentioned as targets of this unfortunate act, with a view to help build deeper understanding of the facts of history, to restore any misinformation,” he said.

The General Secretary refuted claims by the group and a section of the public that the region had intentionally been neglected in the distribution of development.

He said the NPP government had over the past three and half years continuously strived to ensure even distribution of development, adding that individuals or groups must use a more civilised way to make their demands when they felt neglected.

He therefore commended institutions and particularly chiefs in the Volta Region for swiftly condemning the activities of the group.

He said: “As a responsible political party, we believe these are calls in the right direction. The NPP hereby condemns the acts of violence, attempts to attack sensitive installations and the attacks on security agencies under the guise of a secession movement.”

Mr Boadu urged the judiciary to fast-track processes of persons brought before it in such cases to serve as a deterrent to others who might harbour similar intentions.

At about 0200 hours, on Friday September 25, elements of the Group attacked the Aveyime and Mepe police stations and mounted road blocks on the Juapong–Accra and Sogakope–Accra main roads, disrupting the daily routine of the citizenry.

The situation led to the death of one person, with three persons, including a police officer, injured, in fire exchanges between security agencies and the secessionists.

Thirty one persons have also been arrested to aid investigations into the matter.

The situation has received wide condemnation, particularly from chiefs, including the National House of Chiefs.


Western Togoland: There was no intelligence failure - Oppong Nkrumah