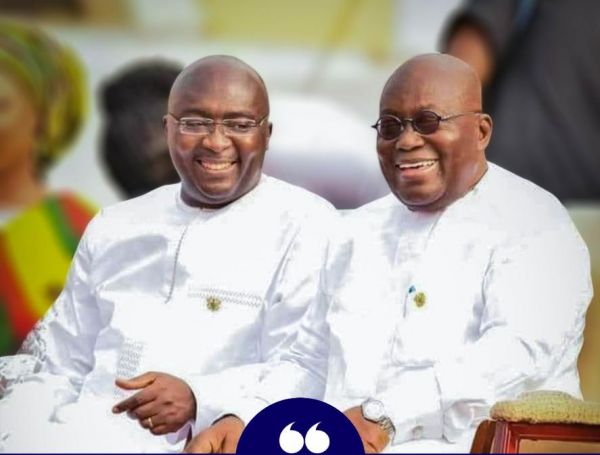 According to him, the incumbent government led by President Nana Addo Dankwa Akufo-Addo is on the right track and will need more years to complete his vision for the nation.

Delivering a speech at the grand launch of "Aspirants Unite for Victory", a movement by Parliamentary aspirants who lost in the 2020 New Patriotic Party (NPP) Primaries to unite and forge ahead for victory in the elections this year, Dr. Bawumia disclosed that Ghana will, in the next NPP administration, become one of the most digitized economies in the world.

The "Aspirants Unite for Victory" movement was launched on Monday, September 28, 2020 at the La Palm Royal Beach Hotel in the Greater Accra Region.

The Vice President charged Ghanaians to give four more years to the Akufo-Addo administration to continue the good works, stressing it will be a grave mistake for them to vote former President John Dramani Mahama back to power.

"By the grace of God, in another two or three years, this is going to be a completely different country. We're going to have completely new systems. We'll be one of the most digitized economies on the face of Africa. There's no doubt about that. Give us just a couple of more years, with what we're doing, it is going to be an amazing country to live in. I believe so and so we don't make all this progress and then go back to incompetence. We cannot chart this course and go back to incompetence,'' he said.

He also advised members and supporters of the ruling New Patriotic Party to have a common purpose as the nation gears up for the December 7 elections.

"I think that our collective interest must at all times override our personal interest. Our love for the party must be even demonstrated more in times of difficulty and not when all is well and rosy because that is easy for anybody to do. Aspirants Unite for Victory 2020 have shown the way and hope that they're given the needed support as they join forces with the national campaign team to help canvass for votes from house-to-house, door-to-door and hamlet-to-hamlet to ensure a decisive and emphatic victory."

"It's our every expectation that the strength of our party from North, South, East and West; we're united and poised to work for victory with President Nana Addo Dankwa Akufo-Addo."