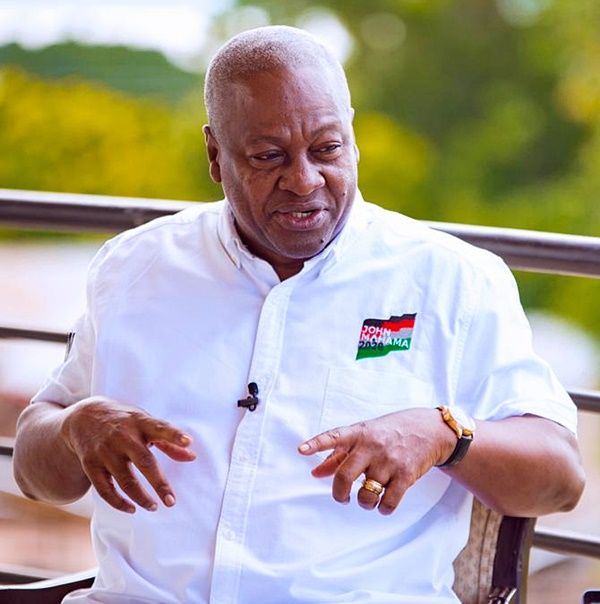 The Presidential candidate of the National Democratic Congress (NDC), Mr. John Dramani Mahama says the next government of his party will invest in secondary education to eliminate the double track system.

He says this will ensure that all students attend school at the same time and get adequate contact hours from their teachers.

Addressing the Queen mother and elders of Berekum on Monday, Mr. Mahama said his government will abolish the double track system by completing the remainder of the 200 Community Day Senior High Schools as well as invest in new schools and additional infrastructure such as dormitories, libraries and classrooms in existing schools.

He added that private schools in deprived communities will also be enrolled for the Free SHS programme to give students in those communities equal opportunity.

Mr. Mahama, who repeated his promise to implement a Free Primary Healthcare for all to eliminate cost as a barrier to universal healthcare when elected as president in the December 7 elections, said the NDC’s manifesto for the 2020 elections dubbed “People’s Manifesto”, promises to increase maternity leave from three to four months as well as introduce a seven-day paternity leave to enable fathers support new mothers and bond with their babies.

He said his government will build two cashew processing factories in Bono and Bono East to support cashew farmers in the area and complete the abandoned Berekum town roads which were part of the Mahama administration’s cocoa roads project.

Mr. Mahama said the next NDC government will also establish a campus of the University of Energy and Natural Resources in Berekum, as originally planned, and legalize and regulate okada to make it safe and guarantee operators decent and sustainable income.