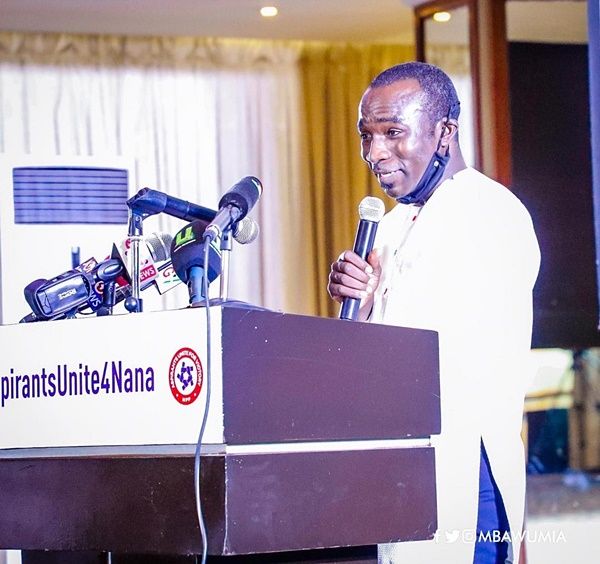 Member of Parliament (MP) for Nhyiaeso constituency, Kennedy Kwasi Kankam has appealed to the President of Ghana, Nana Addo Dankwa Akufo-Addo to offer a hand of help to the Parliamentary aspirants who lost the 2020 New Patriotic Party (NPP) Primaries.

The unsucessful aspirants have formed a movement to unite behind the ruling New Patriotic Party, ensuring the party wins the 2020 elections by a landslide margin.

The movement dubbed "Aspirants Unite for Victory" (AU4V) is made up of over 200 aspirants including 42 sitting Members of Parliament who lost their seats during the party's primaries.

The members are of a collective purpose to pull forces together and support the successful Parliamentary candidates to win their constituency seats as well as work to wrest Parliamentary seats from their political opponents.

Speaking at the grand launch of the AU4V at the La Palm Royal Beach Hotel on Monday, September 28, 2020, Hon. Henry Kankam seized the opportunity to put the requests of the defeated aspirants before President Nana Addo Dankwa Akufo-Addo.

"Your Excellency, everyone in this world can attest to the fact that with the inception of this group, ASPIRANTS UNITE FOR VICTORY the aftermath crisis of this year’s parliamentary primaries has minimised. The numerous defeated aspirants contesting as independent candidates have gone down. We are yet to witness one of the losing aspirants contesting as an independent candidate as we have been witnessing sometime ago. Now here we sit in this hall, 220 unsuccessful aspirants including 42 sitting members of parliament, some government officials, very well-composed, we have consoled ourselves, we have encouraged ourselves and have forgiven those who trespassed against us," he said.

According to him, the coming together of all the aspirants who lost the primaries is "unprecedented in the history of the country" and called on the President to factor them in his next administration, after winning the 2020 elections.

"This has never happened in any political party in this country."

He stated that the defeated aspirants are capable of holding State positions. 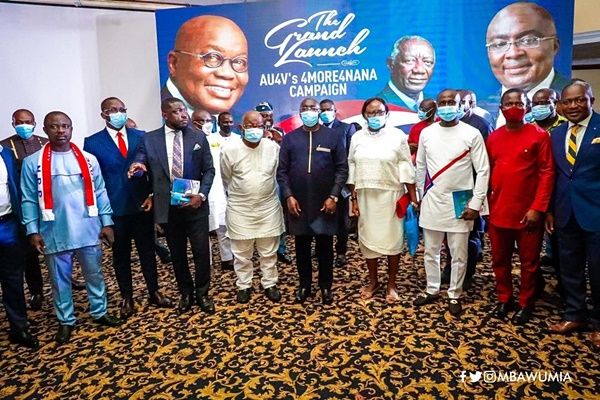 Hon. Kankam, speaking on behalf of the aspirants, also told the President about their resolve into the impending elections.

"We want it to go into the country's political history that in 2020 presidential and parliamentary elections, some 220 unsuccessful aspirants were United to deliver 175 or 180 parliamentary seats and 57% to 60% of popular votes to the Presidential Candidate of the New Patriot Party. We want to change the trend that when ruling government is seeking a second term, their percentage normally decreases. We want to increase our percentages in 2020 elections. Your Excellency, I can tell you without fear or favour that with the help of ASPIRANTS UNITE FOR VICTORY, we are going to WIN the 2020 election hands down!", he exclaimed.

Also addressing the gathering at the Aspirants Unite For Victory was the NPP National Organizer, Sammy Awuku.

Present at the event were some Parliamentarians and high-profile dignitaries of the NPP.