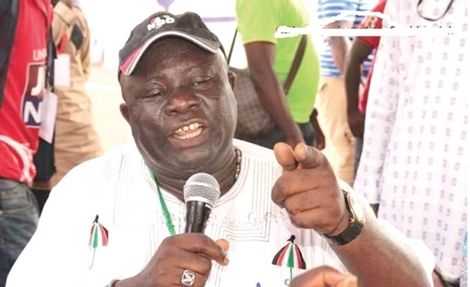 According to him, there is a proliferation of firearms in the country due to the abysmal leadership of the President in dealing with security issues, leading to heinous crimes since he became the leader of the country.

Commenting on the need for Members of Parliament to be given police protection due to the recent killing of the Mfantseman MP, the late Ekow Kwansah Hayford, Yamoah Ponkoh rather attacked President Akufo-Addo on Okay FM’s ‘Ade Akye Abia’ Morning Show that he has lost control of the security of the state to hoodlums and armed robbers.

He stressed that it has become the order of the day for people to import guns and deadly weapons into the country under President Nana Addo Dankwa Akufo-Addo as he does not know what security is as the Commander-in-chief of the Ghana Armed Forces.

“Recently, we heard that some people have been arrested for importing pistols and other weapons into the country; that is the state that we find ourselves. There is no control and the performance of the government in security is minus; I mean the President does not know what security is,” he chided the NPP government.

To him, the Akufo-Addo government should be proactive enough by coming up with security and preventive measures than to wait for such heinous crimes to be committed before the police make an arrest.

He, however, accused the Akufo-Addo government of the rampant importation of the firearms.

“The truth is that there is a proliferation of firearms in the country under President Akufo-Addo. Whatever they are going to use the guns for, it is unto them,” he accused.

He cautioned against the intention of the Akufo-Addo government to disrupt the upcoming election as nothing can be done to stop it from taking place.

“ . . whatever the government will do, the election will be conducted; we only pray for life and strength,” he added.