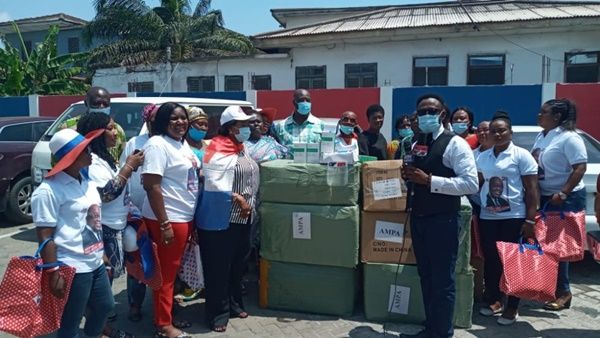 The National Women’s Wing of the governing New Patriotic Party is seeking to help the party win with at least 2 million vote difference in this year’s general elections.

To this end, the Women’s Wing has rolled out different campaign strategies meant to ensure that the NPP achieves this feat.

President Nana Addo Dankwa Akufo-Addo, in 2016, defeated the flagbearer of the opposition NDC with about one million vote difference.

According to the Women’s Wing, the party is poised to extend that difference to at least 2 million.

Speaking to the media at the party’s  headquarters in Accra, the National Women Organizer, Kate Gyamfua noted that the policies of the  Akufo-Addo government are crafted with women in mind, hence urging the women to lead the crusade to ensure the party achieves its 2 million vote difference margin.

“Men have also benefited from this government, but women have been the ultimate beneficiaries. This is because when there is no food in the house or we see others going to school while our kids are home, we the women feel the emptiness and the pain the more. So Akufo-Addo’s Free SHS, the NABCO, the allowances that are supporting our children with their feeding in schools and all that have come to relieve us women” she said when the NPP Diaspora Women and Premier Ladies club presented some items to the Women’s Wing.

The party’s Diaspora Women’s Wing led by its President, Nana Ama Serwaa, presented 1500 T-shirts, wrist bands, party scarfs and GHC 15000 worth of cash to the wing.

Receiving the items at two separate brief ceremonies, Madam Gyamfua expressed appreciation to the groups for their support for the party.

“We know what you have been doing for us, but due to the times that we are in, we were not expecting much from you, we are overwhelmed with this donation and I promise that the Women’s Wing will use them to achieve the intended purposes” she said.

She urged the diasporan women currently in Ghana to support the NPP campaign, especially in areas where the party’s Parliamentary candidates are females to ensure that the NPP presents the highest number of female MPs in the next Parliament.

Victoria Nyarko Owusu Achiaw, NPP China Women Organizer, speaking on behalf of the diaspora women assured the Women’s Wing of their readiness to support the NPP.