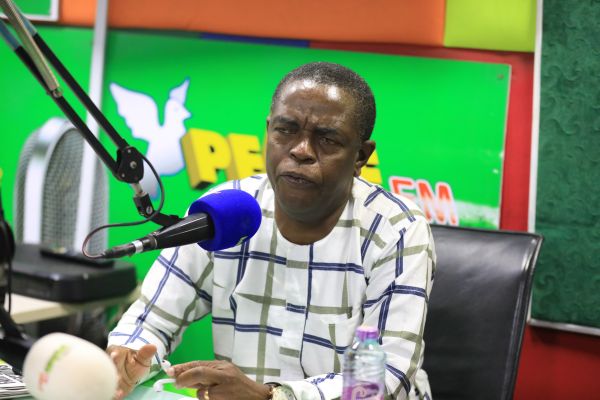 Qualified political parties contesting the December 7 general elections have selected the position of their Presidential candidates on the ballot paper for the upcoming elections.

The event was held on Tuesday, October 20, 2020 at the Electoral Commisson (EC) headquarters in Accra.

Out of seventeen (17) candidates, only twelve made the cut.

The New Patriotic Party picked the first position on the ballot paper while the largest opposition National Democratic Congress selected number two (2) position for his party.

The parties, mainly the NPP and NDC, have begun campaigning on the lines of the positioning of their candidates on the ballot paper.

The NDC says their number 2 position means the second coming of their candidate and former President, John Dramani Mahama and the NPP also believes the number 1 means their candidate, Nana Akufo-Addo has already been declared winner ahead of the elections.

But to seasoned journalist, Kwesi Pratt, these are all superstitious beliefs that shouldn't be entertained.

According to him, being number 1 or 2 on the ballot paper means nothing because voting is based on which candidate the electorates have confidence in to improve their lives.

Speaking on Friday's ''Kokrokoo'' on Peace FM, he questioned the logic in running with such campaigns.

''Do we rule with superstition? If the leaders we're going to vote for are superstitious, we're dead. Then we won't progress. In fact, if care is not taken, we will retrogress from where we stand right now. We have held elections in Ghana where somebody has used number 3 to emerge victor, some person has been number 1  or number 2 and lost the elections before. What is all this (superstition) about?''

To him, "what Ghanaians are looking for in this upcoming elections, firstly it's a good life. That the person who we will give power to will work hard so that we will have good water to drink, work hard to improve our education system, create jobs for the youth, fix our roads to ensure that the food crops in the hinterlands will reach the cities to enable us make purchase and consume. This election is about peace; so there will be peace in our nation and reduce the rate of armed robbery and so forth. We're going to cast a good ballot in order to ensure a change in our gold that we export and get no better returns. That is why we're going to vote in the election; not number 1, number 2, number four and number 10''.