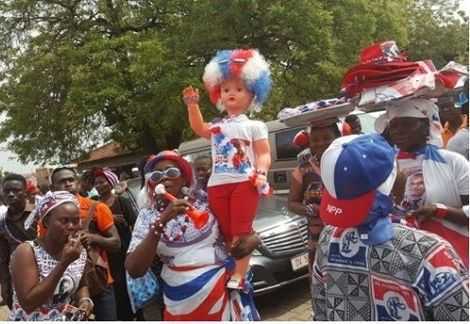 Mr. Osei Assibey Antwi, the Metropolitan Chief Executive of Kumasi is predicting a massive win for the New Patriotic Party (NPP) in the 2020 election due to an impressive performance in its first term.

He said the party had kept faith with Ghanaians in terms of its 2016 manifesto promises and deserved another term to consolidate the gains made in the last four years.

Speaking to the Ghana News Agency (GNA) after a health walk organized by the Manhyia North Constituency of the party, Mr. Antwi said Ghanaians would renew NPP’s mandate based on its solid record in government.

He said Ghana could not afford to truncate the pace of development and transformation of all sectors of the economy by changing government in this year’s election.

The NPP, he said, was miles ahead of the opposition National Democratic Congress (NDC) in terms of achievements in government and that the electorates would endorse the party with a better record.

“We have outperformed them in all sectors and the evidence is there for everybody to see and so I am sure the people would make an informed choice between the two parties on December 7”, he stated.

The MCE was optimistic that achievements of Nana Addo Dankwa Akuffo-Addo in the areas of education and health alone could secure the party victory in the impending election.

He mentioned the implementation of the Free Senior High School Policy, restoration of allowances for teachers and nurses, revival of the National Health Insurance Scheme and improvement of infrastructure in both sectors as some of the key factors that would determine the winner of the election.

Touching on the party’s performance in the Kumasi metropolis, he said the NPP had fixed most roads in Kumasi which were in a deplorable state, giving the city a befitting facelift.

“We have completed the affordable housing project abandoned by the NDC for eight years and contractors are also on site to complete the over 40-year-old maternity block at the Komfo Anokye Teaching Hospital”, he pointed out.