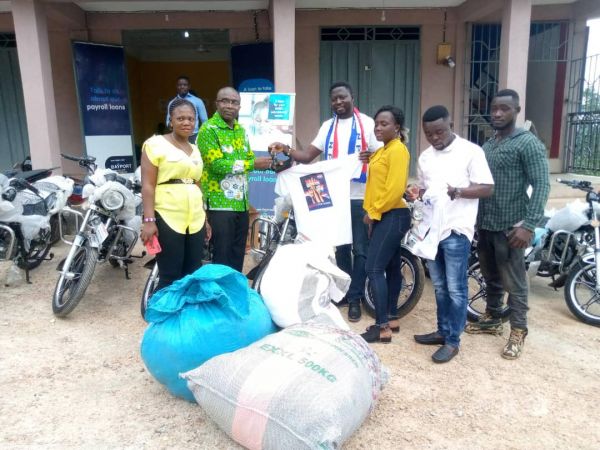 Nana Ampem Darko expressed satisfactory remarks regarding the tremendous activities of the New Patriotic Party (NPP) in the Western North region and also extended a clarion call to all party members, sympathizers and party stalwarts to come and support the party in their quest of winning all nine (9) parliamentary seats in the western north region.

Speaking with members of the secretariat, he emphasized that, the donation was necessitated by the significant roles and activities the branch is playing in the region and his belief that, a lot more should be done between now and December 7.

The secretariat is expected to donates the motorbikes to the various constituencies to facilitate their movement particularly into the hinterlands in their campaigning and ensure the good news of H. E. Nana Addo Dankwa Akufo-Addo and the NPP parliamentary candidates reaches every nook and cranny of the region.

Additionally, he encouraged that the T-shirts be distributed to the various constituencies to help give them the identity of the elephant fraternity and in particular to all defected NDC members who joined the NPP in recent times.

The Regional Secretariat also expressed their profound appreciation to the Regional Campaign Team Member, Nana Ampem Darko for such a kind gesture as part of his contribution to the party’s progress and a resounding victory in this year general elections. 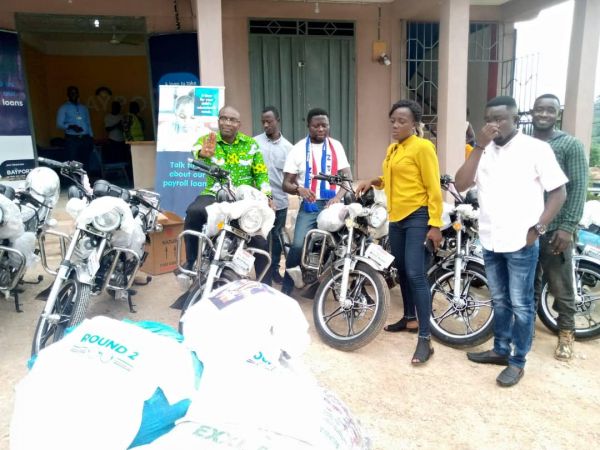