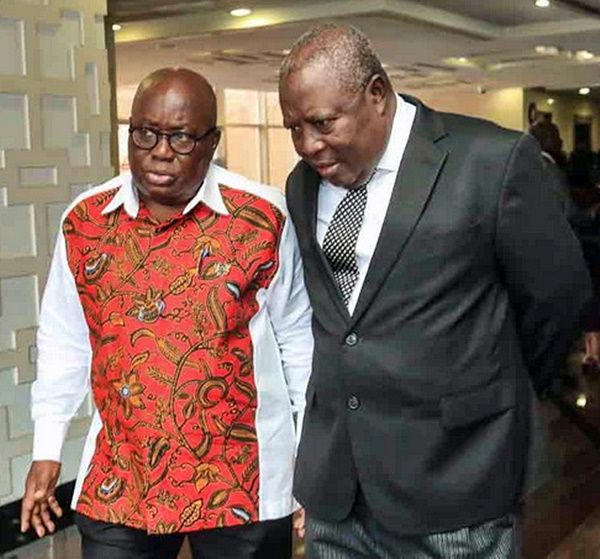 Audio Attachment: Listen to Martin Amidu in an interview with Umaru Sand a of Citi FM

Martin Alamisi Burnes Kaiser Amidu has issued a strong warning to President Nana Addo Dankwa Akufo-Addo and his government officials not to push him to divulge certain sensitive secrets that may be damning on them.

In an interview with broadcast journalist Umaru Sanda, Mr. Martin Amidu stated categorically that the government is peddling lies about him and if the President doesn't call his appointees to order, he will speak out publicly with all the venom inside of him.

He referred to allegations by the Assin Central Member of Parliament, Kennedy Agyapong that he (Amidu) has a medical record in Germany.

To set the record straight, Mr. Amidu said; ''I have never been to Germany on any occasion [I mean] for a medical checkup. I don't know any German hospital or any German clinic and therefore these allegations are false...Indeed, I don't know Germany, let alone to go for medical treatment. The whole of my tenure, from the PNDC in 83 to when I left office on the 19th, I did not have the opportunity to visit Germany; let alone to visit a medical facility''.

He further listed other accusations that some government officials and members of the ruling New Patriotic Party have been making against him to tarnish his image.

According to him, it has been alleged that, when he was Special Prosecutor, he was given a pickup which he's turned into a farm vehicle.

He asserted that it is a palpable falsehood being circulated by the government.

"I've never had a farm in my life. I've never handled an office pickup in my life. I had my own pickup and I never farmed with it . . . So, what is all these lies simply because somebody has performed a professional duty, a responsibility?''

He angrily warned that if nothing is done to stop the lies, then "I do not want anybody to blame me when I speak out and it become unpalatable. So, either the attacks will stop or I will defend my integrity even if that means my death. It is something I won by virtue of hardwork from the PNDC till date and I'm not going to allow anybody, not even the President, to pull that integrity into the mud".

"Anybody who tries to fight corruption must be aware from the beginning that corruption will fight back and all that is going on is corruption fighting back, and it's demonstrating . . . Nobody should push me. I repeat nobody should push me . . . They should tell their people they have wrongly briefed to be telling lies about me to stop before I decide to respond, and when I decide to respond, I will do so without fear or favor; and as I told you even to the extent that if my life will be laid for speaking the truth and defending the constitution of Ghana as by law established, I'll do so. Now as a private citizen, nobody can control me . . .", he added.


Listen to him in the audio attached.