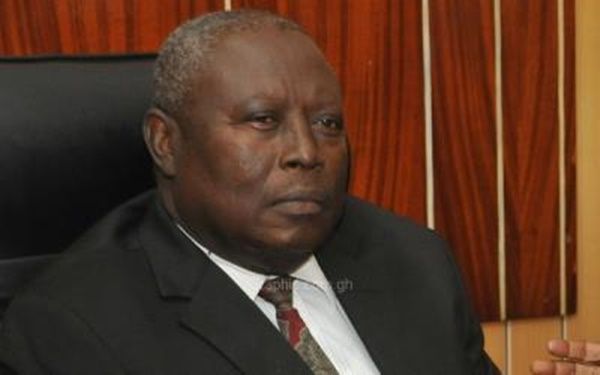 President Nana Addo Dankwa Akufo-Addo has given an instruction to the Inspector General of Police (IGP), James Oppong Boanuh, to immediately offer 24-hour security protection to the immediate past Special Prosecutor, Martin Amidu.

This follows claims of threats made against Martin Amidu after he resigned as Special Prosecutor on Monday, November 16, 2020.

Eugene Arhin, the Director of Communication at the Presidency, in a statement, said: “The attention of the Office of the President has been drawn to claims by Mr. Martin Amidu, the former Special Prosecutor, of threats made against his life since his resignation from office. The President has, thus, directed the Inspector General of Police to provide Mr Amidu immediately with 24-hour police protection”.

He added that Mr. Amidu has been asked to provide the police with details of persons who have issued him such threats.

“The former Special Prosecutor is also encouraged to assist the police with details of persons who have made these threats against his life, so that they can be dealt with in accordance with the laws of the country”.

Martin Amidu's interview with Accra-based Citi FM alleged that there have been some threats on his life since he resigned as the Special Prosecutor after he conducted a corruption and anti-corruption risk assessment report on the controversial Agyapa Royalties deal.

He said, “...All these threats about bugging me, armed robbery, burning my house, I’m aware”.

Amidu indicated that he made several attempts to speak to the Minister of National Security, Albert Kan-Dapaah, on the threats against him, but to no avail.

“I tried to call Kan-Dapaah, he didn’t pick up and I got a former national security advisor to contact him and tell him that, and I know the persons involved, I can name them but I reserve it for the meantime,” he said.

“I put my life for the Republic of Ghana and the president will be responsible for anything that happens to me,” Mr Amidu charged.

He said there have been a plethora of threats of robbery and arson against him. “The intelligence is there and I called the minister of national security but he didn’t pick and I got a former national security advisor to speak to him and this fact is now known and I say that the president will be responsible for anything that happens to me.”

“I’m a Ghanaian and I don’t fear anything and, as I said, to die in the cause of fighting corruption is what I started with President Jerry Rawlings on 31st December 1982 and I’m not going to leave it because some people think that they can threaten me. I don’t give a damn about that.

“…If they don’t stop, I’ll respond,” he threatened, saying: “As to what I’ll do, I reserve that for myself but as I said, whatever happens to me, I lay my life for the Republic of Ghana and the president has a constitutional duty to protect me. I don’t need any security in my house or to follow me. And anybody who makes an attempt, he will have himself to blame.”

The attention of the Office of the President has been drawn to claims by Mr Martin Amidu, the former Special Prosecutor,...