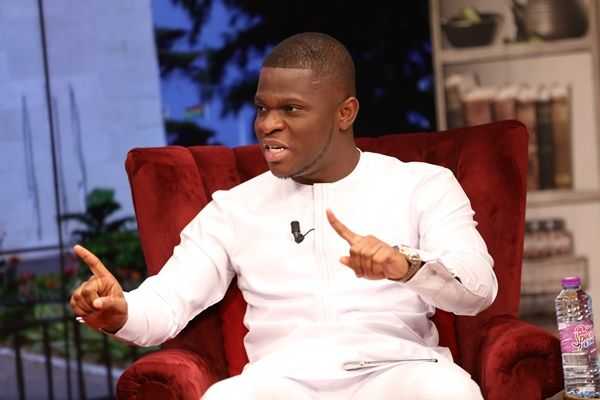 The National Communications Officer of the National Democratic Congress (NDC), Sammy Gyamfi has said the latest comments from the now-resigned Special Prosecutor Martin Amidu confirms his entrenched position that President Akufo-Addo is indeed the most corrupt president in the history of Ghana.

Amidu's letter to the President on Monday announced his resignation citing several reasons which he says made his office untenable.

Although a response from the Presidency sort to deny the claims made by the Amidu, it noted that the office of the special prosecutor have always been resourced.

But Sammy Gyamfi at the party’s press conference today has insisted that there was never a plan to fight corruption by the government with the setting up of the office and the appointment of Martin Amidu.

"The fact of the matter is that the Office of the Special Prosecutor was never set up by President Akufo-Addo out of a genuine will to fight corruption. This position that we in the NDC have always espoused is grounded on the fact that, from the very outset, President Akufo-Addo conceived this office as one to be used to spite his political opponents, while protecting his own who are busy plundering the resources of our beloved country,” the NDC Communications Officer told journalists at today’s press conference.

According to Sammy Gyamfi, Martin Amidu's resignation only confirms that President Nana Addo is the most corrupt President in the history of the country.

“Ghanaians today are left in no doubt as to the fact that President Akufo-Addo is the most corrupt President in Ghana’s history, who has been using subterfuge and intimidation to conceal his true nature. But thank God his cup is now full, as all these latest revelations are signs of the end of his corrupt tenure and the judgment of God against his misrule,” he said.

Sammy Gyamfi believes that what has happened this week is an indication of an impending change in government that will happen at the end of the December 7 polls.

The NDC communicator adds that no amount of threats or intimidation against political opponents, the media, and CSO’s will stop the collective resolve to expose the stinking corruption in the ruling government.