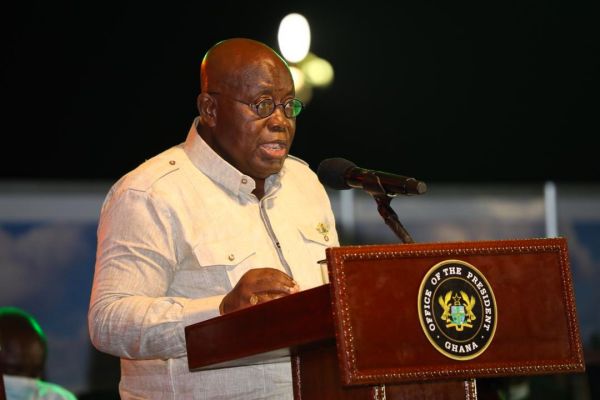 President Nana Addo Dankwa Akufo-Addo, has said his decision to seek re-election in the upcoming general elections was because it was evident that he had fulfilled his promises.

The President said the 2020 election was different from the last election held since he was a new entrant into the Presidential race and had not been in the realm of affairs although he had been in a government which was not his.

President Akufo-Addo said this when he addressed traditional, religious and Party faithful during the Campaign and Manifesto Launch of Mr John-Peter Amewu, the New Patriotic Party (NPP) Parliamentary Candidate (PC) for the Hohoe Constituency.

“I cannot come to you just for promises, I have to come to you on my records. What I have done in these four years as President of the Republic.”

He said the question Ghanaians had to ask themselves was “have I remained faithful to you and stood by my commitments to you? And if so that I have done these, then you can look upon me as a man of integrity.”

“You can look upon me as a man who keeps his words, a man who fulfils his promises, you can continue to trust me that the next four years is even going to be better than what we have gone through.”

President Akufo-Addo said “I will not make any commitments to you that I cannot fulfill. I will never do that to the people of Ghana.”