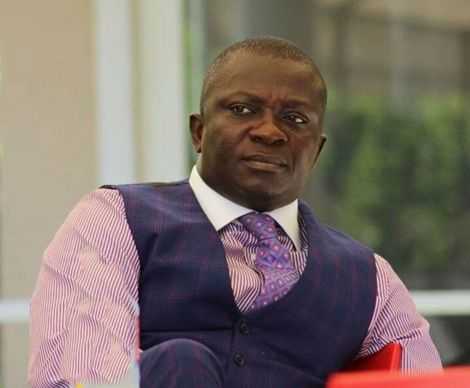 A Minister of State at the Ministry for the Interior, Mr Bryan Acheampong, has assured Ghanaians that the state security apparatus has put in place adequate preventive and protective measures to ensure that all Ghanaians cast their ballot in serenity, safety and free from intimidation.

He assured the people not to be intimidated but go out in their numbers in the company of their family, friends and household to cast their ballot to renew the mandate of President Nana Addo Dankwa Akufo-Addo come December 7.

Mr Acheampong was addressing a rally at Nkawkaw Methodist Park on Sunday at Nkawkaw in the Eastern Region [November 22, 2020].

“The economies say they have the men to boost the economy, those of us in the security sector will also tell you that we also have the men to protect you and the ballot.

Happy Farmers day
Do not be afraid nor intimidated. The men in the security agencies who have secured the peace and security of the country till now will protect the country and its people on the day of elections, and after that, ” Mr Acheampong assured.

Mr Acheampong said there was every indication that when given the second term, the tarred roads would be moved to 90 per cent.

He commened the President for honouring the people of the region with the numerous appointments of people from the area to his government and gave the assurance that they would increase their votes for the government.

He indicated that President Akufo-Addo had proven beyond all doubts he could be trusted because he had delivered on all his promises.

Mr Acheampong said Nkawkaw registered over 70, 000 and said at least 70, 000 of the votes would be cast in favour of the NPP led by the President.

Mr Acheampong said due to the numerous development projects and policies instituted by the NPP government coupled with the strategic campaign by the regional and constituency executives at the Afram Plains South, there was every indication that that constituency would become that of the NPP.