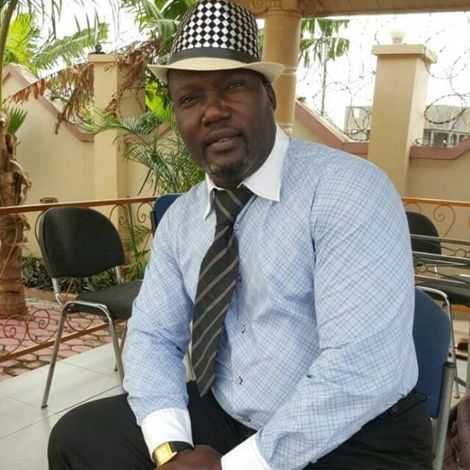 Popular actor Bernard Nyarko has revealed that he is no more into acting movies.

He made these statements on Suncity 97.1 FM with Melvina Frimpong Manso. Bishop Nyarko revealed that he is quitting acting to do the work of God.

"I’m not an ordained pastor but I can preach like the pastors anytime I’m behind the pulpit and God knows that, on 20th December last year, I was in the room, I couldn’t move…God arrested me and told me to preach the gospel"' he said

"Recently, Kofi Asamoah called me as he intended to cast me in the Away Bus movie but I was busy preaching. Now my pastoral or evangelical work is more important to me than acting. My preaching appointment is more than the acting appointment,” he added.

Making his point clear, Bishop Nyarko said that from now on, he will reject any movie script—unless it is a pure Christian movie which has the potential of saving people.

Bishop Benard Nyarko is not the only Kumawood actor who has made his intention to be a man of God in future. Outspoken actor Kwaku Manu said he will say goodbye to movies and take the bible to win souls for the Kingdom of God.