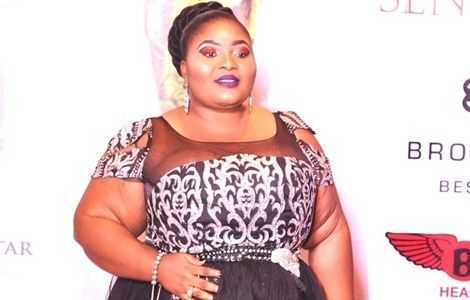 Actress Belinda Dzattah counts herself as one of the lucky ladies in the movie industry who do not have to worry about sex for roles.

This is not only because she does not make herself available for such things, but also because no movie director or producer in Ghana has ever made such demands from her.

In this interview with NEWS-ONE’s Francis Addo, she spoke about her acting career and her relationship with other filmmakers.

According to her, she has never crushed on any of her male colleagues. She has always kept relationships on set strictly professional.

Below is her full interview:

What was your dream since you were a kid? What would you like to do?

I always thought I’d be a lawyer, but I also wanted to be an actress. Good to know one of them worked out.

Can you tell us about yourself?

My name is Belinda Sefakor Dzattah. I am the first of two, I have a kid brother. I come from the Volta Region and I am an award-winning actress, I won best supporting actress in drama series at the Ghana Movie Awards 2018. I am also passionate about my job.

How did you start acting, and how was your first experience in the industry?

I got my first acting gig in 2012 from Venus Films Production. I was super excited.

What have you learnt from that experience?

I learned to be confident, focused, dedicated and creative.

What’s the best and worst aspect of your job?

The best aspect of my job is having a part in making a difference in the lives of viewers, getting to play characters from all throughout history, from various cultural, ethnic, religious and socio-economic backgrounds.

That’s a question that will have a different answer for every actor. My best guess… losing your sense of privacy.

What has acting career taken away from you and what has it added to you?

It has taken away my privacy but I am more confident now.

What is your favourite role so far?

My role in ‘Heels & Sneakers’. I played the role of a student and I loved it.

Are there actors that you look up to?

There is always a conversation about male directors and producers hitting on actresses for sex. What is your experience like?

I haven’t had such an experience so far. No producer or director ever demanded sex from me.

Have you had a crush on a fellow actor before, and who is he? What about him got you crushing?

I am a graduate of Wisconsin University. I read Business Management & Computer Science.

Any advice for persons who want to act?

They should be determined, and they will get to the top one day.
Tags: Belinda Dzattah, Entertainment