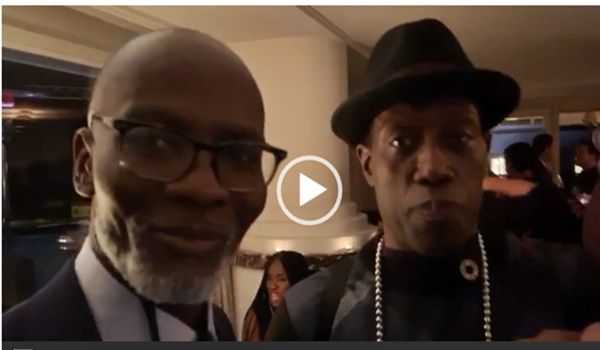 The visit will be part of government’s 2020 ‘Beyond The Return’ initiative to further attract Diasporans not to only visit but also invest in the country.

In a short video available to News-One, the actor who is otherwise known as Daywalker for his role in the award-winning film ‘Blade’, announced his visit saying, “I am on my way to Accra.”

“You know that my teacher Dr. John Hendrik Clarke, the great grandmaster sat many a days under many conditions the great grandmaster Dr. Kwame Nkrumah, Ghana and they told me as a grandson of them… always keep Mother Africa in the heart, a united Africa. So to honouring my elders I am on my way to Accra. The Daywalker is coming to Accra…,” he said.

He was captured in the video together with Gabby Asare Otchere-Darko, a leading member of the ruling New Patriotic Party (NPP).

Wesley was among a number of personalities who met with President Akufo-Addo in Davos, Switzerland, where the President is participating in the 50th anniversary celebration of the World Economic Forum Annual Meetings.

According to Gabby, they shared “ideas on how to leverage part of the multi-trillion dollar wealth of the African Diaspora to move Ghana (and Africa).”

Wesley Snipes was also among key listeners at a Ghana dinner held in Davos as Ken Ofori-Atta spoke on why invest in Ghana.

He would be joining the likes of Naomi Campbell, Michael Jai White, Tina Knowles Lawson, Samuel L Jackson, Steve Harvey and a host of others who visited Ghana as part of the ‘Year of Return’ 2019 programme which has now been upgraded to ‘Beyond The Return’ 2020. 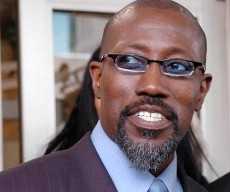