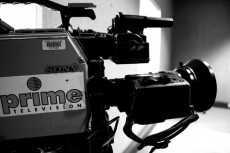 The organizers of the annual Accra Indie Filmfest (AiF) have announced that the much hyped second edition of the event will be held virtually from July 20 to 26, 2020.

This year’s edition of the much-anticipated film festival, which is gaining massive recognition, is expected to bring together young and independent filmmakers from around the world to showcase their works and to also network with others.

The five days festival would include film screenings, film workshops and industry conversations and the final day will be a digital awards night on zoom and all the festival’s social media handles and website (www.accraindiefilmfest.com).

The organizers said due to the outbreak of the Covid-19 pandemic and the call for people to avoid large gatherings, they decided to hold the 2020 edition of the festival online.

In a statement issued and signed by its public relations officer, Edward Gyasi, the organizers said, “In order to aid the fight of Covid-19, the management of the festival deems it a responsibility to specially treat film lovers by taking the film festival to their homes. The festival is tying up all muscles to host a six-day-long free streaming event on YouTube. The first five days will include film screenings, film workshops and industry conversations and the final day as a digital awards night on zoom and all festival’s social media handles.”

AiF is a non-profit organization established to serve as a hub for the emerging and independent filmmakers searching for their own voices in storytelling.

It seeks to address some of the major challenges faced by young and independent filmmakers producing short films in Ghana especially, which is the lack of conducive space of tolerance for them to explore, learn and grow their crafts.

AiF hopes to achieve this goal through organized workshops, celebrating and honouring the efforts of these young filmmakers as well as the zeal to co-produce and to create without limit.