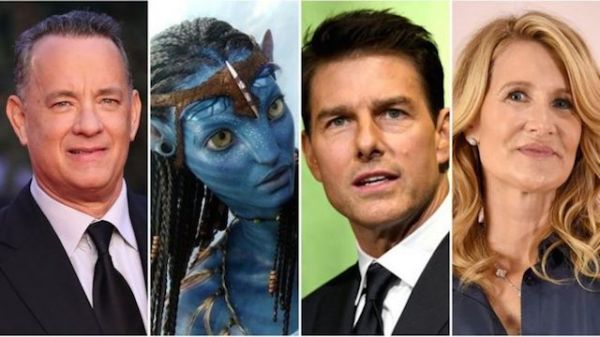 While lockdown may have provided us with the chance to catch up on some old movies, there's only so many you can watch before you crave something new.
Agreed? Agreed.

Well, fear not, because around the world some of the big-hitters are starting to re-commence production - which was of course halted by Covid-19 - in a variety of socially-distanced ways.

Here are just four of the films to keep your fingers crossed for then in 2021, when the cinemas are hopefully back in business.

Avatar was the highest-grossing movie of all-time for a decade, until Avengers: Endgame overtook it last year (Picture Credit: 20TH Century Fox)

The long-awaited sequel to James Cameron's 2009 sci-fi blockbuster was able to re-start filming in New Zealand this week, because the country is almost coronavirus free.

Cameron and producer Jon Landau told the press Down Under that part two of the planned five-part film series; rumoured to be called The Way of Water (oh yeah, it's set under water this time, by the way) would bring hundreds of jobs and millions of dollars back into the country following the pandemic.

Laundau shared a photo on Instagram earlier this week as the production got under way.

Avatar 2, which is intended to work as a standalone feature (you won't need to have seen the first one, in other words), will focus on the children of Sully and Neytiri, who are by now leaders of their clan.

The film is now slated for a December 2021 release, with film five in the diary already for 2027 - for those of you who like to plan ahead.

If you thought reaching five films was impressive, the sixth film in the dinosaur movie franchise will be the first big production to resume in the UK next month, under rigorous new safety protocols on-set.

(It's always best to stay at least two metres away from a dinosaur, or so we've read.)

Stars Chris Pratt and Bryce Dallas Howard are reportedly due to arrive back in London any day now, where they will have to self-isolate for two-weeks.

Which should give them the opportunity to revise the original Jurassic Park film, before Sam Neill, Laura Dern and Jeff Goldblum all join them to reprise their roles as giant lizard-chasing academics for a final time.

All being well, the results should be with us in June 2021.