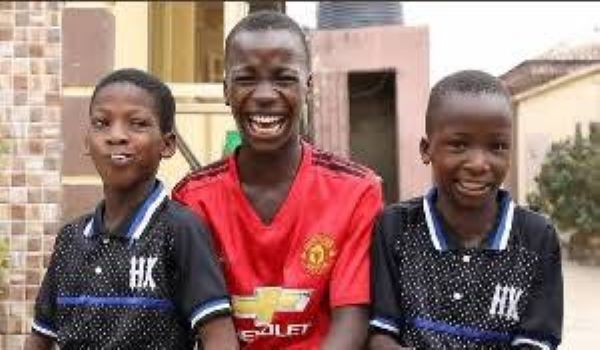 Ikorodu Bois drew the attention of the producers of the movie, Russo Brothers, following the remake of the movie trailer.

In a tweet on Wednesday, the Russo Brothers expressed excitement at the remake and invited the trio to the world premiere of their Netflix action film sequel.

“This is awesome! We would love to have you guys at the #Extraction 2 premiere…DM us and we’ll get you there!” the Russo Brothers tweeted.

This is awesome! We would love to have you guys at the #Extraction 2 premiere...DM us and we’ll get you there! https://t.co/6eufmJMgT7


In reply, the Ikorodu Bois wrote: “This would be a dream come through and this is the day we’ve been waiting for all our lives.”

The Ikorodu Bois gained notoriety for remaking scenes from famous music videos and Hollywood films. Months ago, the boys caught the attention of American actor, Will Smith, after they recreated the Bad Boys Forever trailer.

Actor, Dwayne Johnson, and basketball player, Lebron James, have also reached out to the boys in recent times. The group is made up of 15-year-old Muiz Sanni, 10-year-old Malik Sanni and 13-year-old Fawas Aina.

Their 23-year-old brother, Babatunde Sanni, manages and edits the videos.