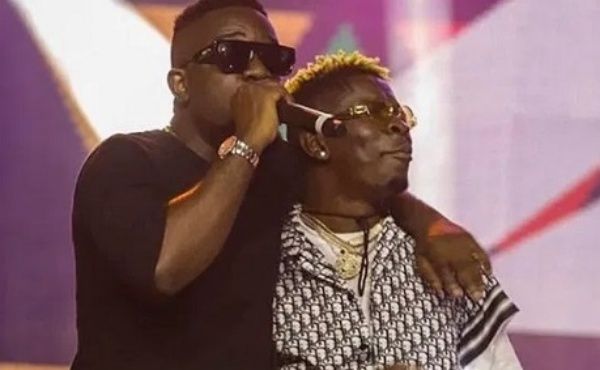 Shatta Wale's inclusion in the concert was kept quiet and his name was not even included in the line up of artistes.

If it had not been for Stonebwoy's altercation with Sarkodie's manager Angel, this would have been a real surprise performance.

However, some viewers were still surprised and it generated quite the chatter on social media.

The Black Love concert was streamed on ceek.com with the site crashing at some point in the show because of the huge numbers who watched it.

Apart from Shatta Wale, other artistes who performed at the show included KiDi, Efya and King Promise.

Sarkodie has received congratulations from several people on social media for what many have described as a well produced show. Below are some of the messages.