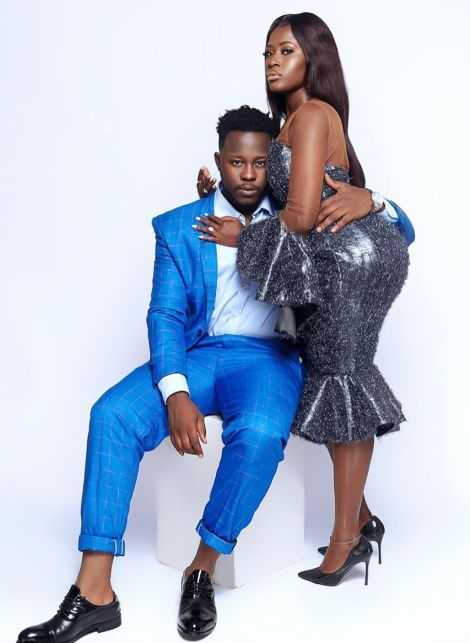 Rapper Medikal has sent an emotional letter to his estranged girlfriend, Fella Makafui.

Rumours of a break-up of the relationship between the two were rife on social media over the past week but many Ghanaians didn’t believe it.

Social media commentators and fans said it was one of those drama-filled break-ups celebrities put up when they have new projects coming.

However last night, Fella Makafui took to her Instagram Live to update her fans and followers on the status of her relationship with the rapper and it seemed like all was not well in the Medikal-Makafui camp. It is still unclear what has caused the misunderstanding between the two lovers.

The rapper in the tweet asked Fella Makafui to give him another chance because he wants to start a family with her.

He promised to be a better man for him and their children.

He tweeted; “Hey @fellamakafui_ since you haven’t blocked me on Twitter I know you will definitely see this! Listen, I love you, I want us to start a family together! People make mistakes! Nobody be perfect. Will prove to you and the whole world I will be a better man for you and our kids."