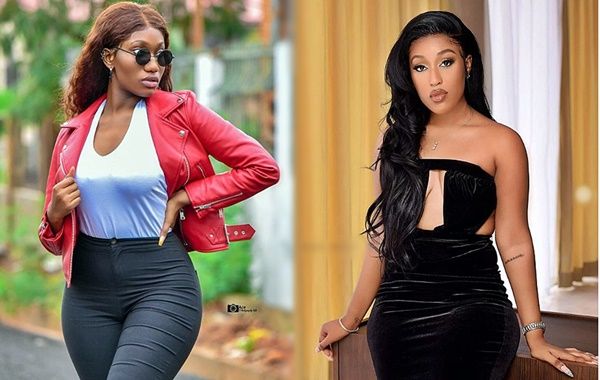 CEO of Rufftown Records Bullet has stated that the ongoing fight between Fantana and Wendy Shay is not for hype.

“I find it interesting when people say the fight between Wendy Shay and Fantana is all for hype. The fight is so real and as a man I have not spoken about it in public because it is ladies' stuff but I always try behind the scenes to work things out,” he told Zionfelix.

According to him, some Ghanaians think this is Rufftown's strategy to keep Wendy Shay and Fantana’s name in the news but that is not so.

“As we speak now both artistes are staying in their houses and we are trying to solve whatever is going on but I can say for a fact that Fantana and Wendy Shay are not cool,” he stated.

Asked what brought about the whole fight, Bullet disclosed that some guys at the label were behind it.

“Some of the people I am working with started gossiping and saying things to the two artistes, raising tensions. I had to sack those people and they are the same persons now working with Fantana who is no longer part of the record label,” he explained.

Bullet stated that Rufftown Records was bigger than Wendy Shay and Fantana and they cannot collapse it.

Bullet warned Fantana to stop tarnishing the image of the record label that helped to put her name out there.

Since last year, Fantana and Wendy Shay have been at loggerheads, exchanging insults on social media.