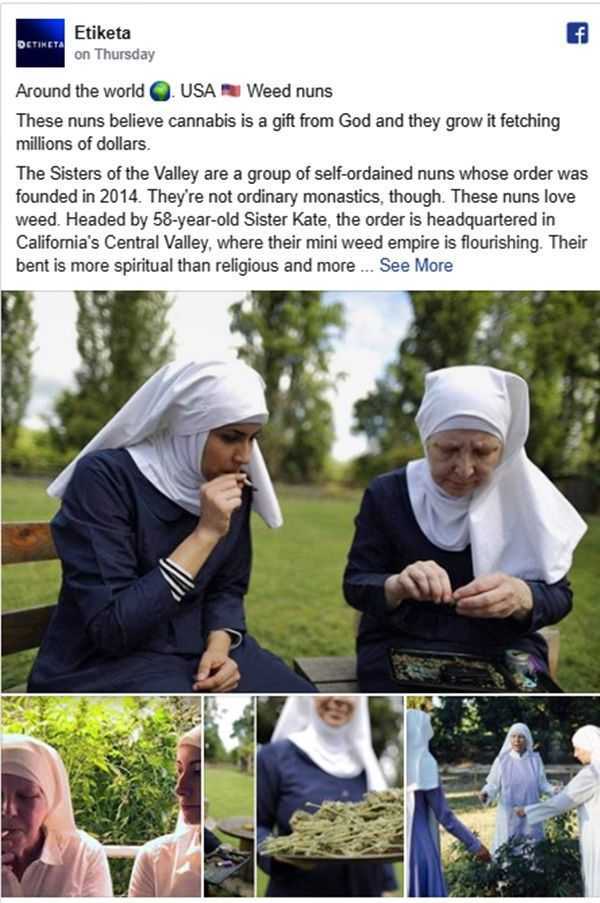 Marijuana may be illegal in a lot of places but not California, and a group of nuns in that US state have committed to growing, using and selling the plant in accordance with some sense of spiritual ordinance.

Nuns in an order called Sisters of the Valley in California have a rather interesting disposition to growing, using and selling their own marijuana because for them, it is a gift from God.

Now, admittedly, there is no verse in the Bible or any other religious scripture that speaks against marijuana, but these self-ordained nuns seem pretty unique. According to a post on Etiketa's Facebook page, the members of the Sisters of the Valley order are headquartered in California's Central Valley, where their mini weed empire is flourishing.