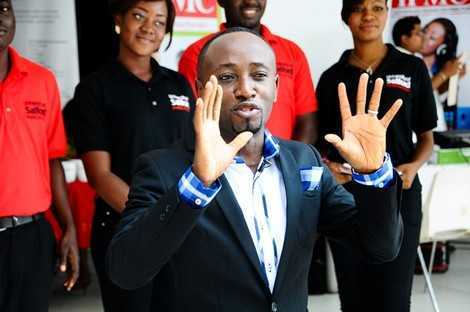 Former Public Relations Officer of Menzgold and Public Relations officer for Charterhouse, George Quaye has disclosed that the reason he left the now defunct gold dealership firm after barely three months was because his family was threatened.

In an interview on Joy FM Monday, George Quaye said the people close to him were beginning to get affected, hence his decision to leave. “Although in the midst of the controversy was when they needed me most but it is a stretch when what you want to do is beginning to affect the lives of people that are dear to you,” he stated.

According to him, that he could not afford to gamble with the safety of his family after receiving several threats from customers.

George Quaye resigned from Charterhouse in September, 2018 to join Menzgold as their PR person. He however resigned, barely 3 months later and went back to his former job at Charterhouse.

When asked what made his former employees take him back, he stated, “If I were that replaceable that would have meant my years at Charterhouse are for nothing.”