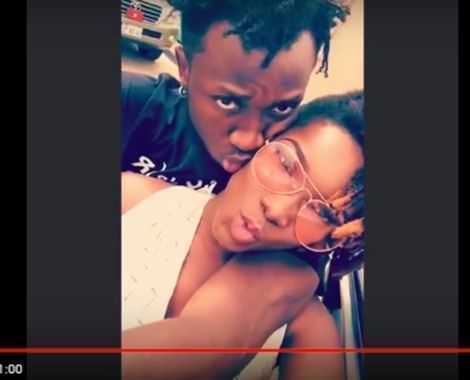 Musician turned artiste manager and CEO of RuffTown records Ricky Nana Agyeman popularly known by his stage name Bullet has opened up on some inspirational story about his struggles in life and responded to rumours that he has snubbed the real Fantana.

This follows accusations by music researcher Odoom Amoah over “masakra” song theft and he (Bullet) snubbing the real Fantana.

During an interview on Zylofon FM, he told the host, Sammy Flex, that he created the name Fantana including other three names but never gave it to anyone.”

"Yeah Sammy, I know the girl you are talking about but her name is not Fantana. Her name is Maame Yaa. She used to come around RuffTown records but I never gave her Fantana. I was trying to train her to sing but whenever we get to the studio, her performance never reached my expectations. She knows that she is not Fantana because I created the name and even me myself I don’t know the meaning of the name.

"When I was training her how to sing, i created Star girl, Fantana and other ones and I told her when she performs well, she will use one of the names but I never told her she was Fantana. I was surprised when I heard on your show that I have snubbed the real Fantana. I created the name but never gave it to anyone until the current Fantana” he narrated.

According to him, She knew the girl in question as Maame Yaa who was just a friend to him but he never gave her any name like Fantana so people should stop the rumors that he has snubbed the real Fantana.

Bullet further debunked rumours that went viral that Ogee was dating the late Ebony when she was alive.

According to him, the late Ebony Reigns loved to be around men but never dated Ogee.

“Oh yeah sometimes we write our songs together. Sometimes, in song writing, someone will bring the melody and the other one will fix the words. When that happens, they both own the song so when I’m writing, I love them being around so that they will also learn. Every artiste I pick, I try to train you how to write. I have trained Wendy Shay and she has written her song on her own but we haven’t recorded it yet. I have also started training Fantana how to write her own songs,” he noted.
VIDEOS