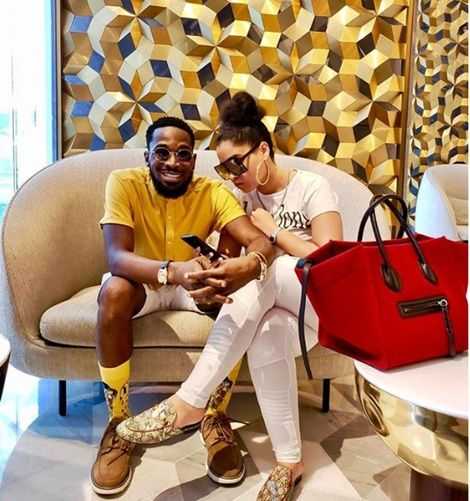 Nigerian singer, Dbanj and his wife, Lineo Didi Kilgrow welcomed a son on September 19th in a US hospital.

In August 2019 during an interview with On-Air Personality, Shopsy Doo of Beat FM London, Dbanj revealed that he's expecting another son when he was asked about how he coped with the difficulty of losing a child.

In his words; "If I told you I thought about it unlike other things you asked me and I told you I am focused and I go in, this was one that broke me. This was just the that it just took the grace of God and a bit of therapy. I think I went for therapy once and I said this no be my style because it was bringing out so many things. I am happy that over time I have been able to channel that into my music, which is more important for me. You haven't heard any of them yet but very soon…because the most important thing that I believe and pray for is restoration. I know that no matter how many time I tell my wife that everything is okay, God has to give us restoration. I am proud to say that in a few months, I’m going to be a father again".

Dbanj who was scheduled to release a new body of work this week has moved the release date forward and will announce the birth of his son in a few days.

Recall that Dbanj and his wife lost their first child, Daniel The Third on June 25th 2018. He was just 14-months old.