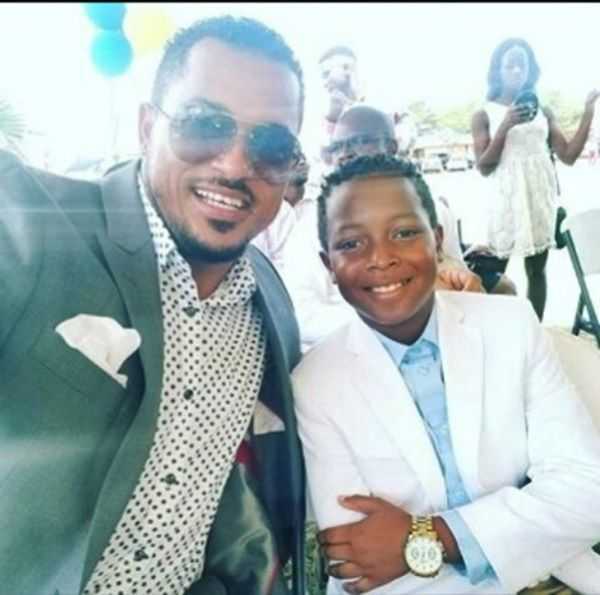 Award-winning Ghanaian actor and filmmaker Van Vicker has revealed that his son is an aspiring footballer.

Speaking in an interview at the Kpoo Keke Celebrity games, last Saturday, Van Vicker disclosed that his 11-year-old son hopes to play for the Black Stars of Ghana and La Liga side FC Barcelona.

“Oh I play football just that I don’t have time to play it but the main reason I played today is because I want to inspire my son. He wants to be a professional footballer. I want him to see that at my age, I’m still scoring goals, so he should see that as a motivation to play and do his best,” he explained.
“He wants to play for Ghana and Barcelona,” he explained further.

Van Vicker, who was the captain for the celebrities scored 4 goals for his team to win the trophy.

The Kpoo Keke Celebrity and Bloggers Football Games which came off on Saturday at Queensland in Sakumono, Accra saw lots of stars in the movie and music industry.