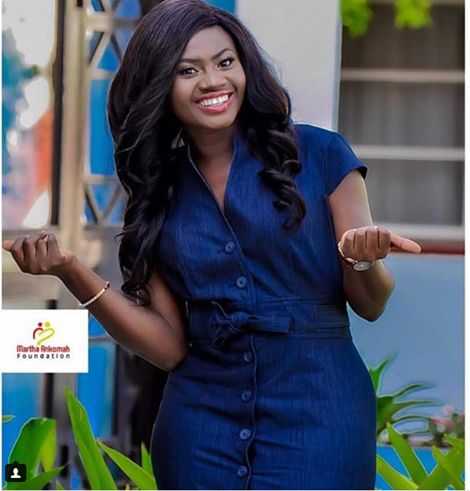 Ghanaian actress, Martha Ankomah has commented on the Cardi B and some Ghanaian celebrities ‘meet and greet’ fiasco. When she was asked about her absence from the supposed ‘meet and greet’ venue, she was adamant to respond by covering her words up with wide laughter.

But a repetition of the same by Zion Felix forced her to break her silence on the issue. The actress jokingly stated that she didn’t get her share of the Khebab (chinchinga) which was consumed by Cardi B.

From all the things that happened and the reactions that followed, Martha sees it as an unfortunate development.

“It was so funny, I don’t want to comment,” she added.

A section of Ghanaian celebrities became furious after a supposed ‘meet and greet’ session with American rapper-Cardi B was delayed for so many hours.

Though Cardi disclosed she was unaware of a ‘meet and greet’ session earlier, it appears the commentary about it has not ended yet.

Watch how Martha Ankomah reacted after the question was posed.

But why wasn’t sister @marthaankomah at the meet and greet for sister Cardi B? It’s all fun at the launch of FASHION CONNECT AFRICA