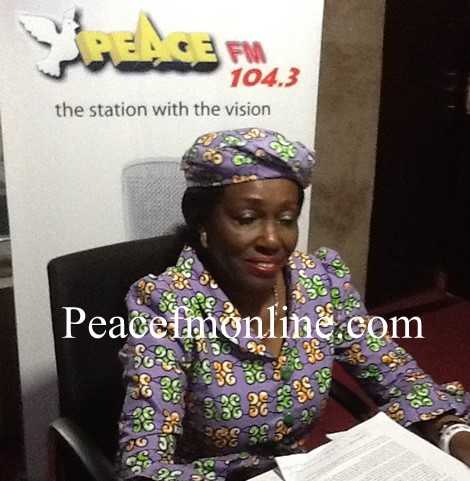 Former First Lady Nana Konadu Agyeman-Rawlings has explained why it is very unusual to see her wearing foreign designer clothes.

According to her, it is her personal decision to keep wearing local fabrics to, among other objectives, promote the local textile industry.

She made the revelation in an acceptance speech after receiving an honorary award at the 2019 Fashion Connect Africa event, which was held on December 30, 2019 at the Movenpick Ambassador Hotel as part of events under the ‘Year of Return’ programme.

“Thank you very much for this award. I just like to say that sometimes when you want to start a project, you don’t know the end results until you get there. When I started wearing my local fabrics, GTP was almost a collapsed industry and I took a decision to keep wearing just local fabrics,” she said after she was presented with the award at the event.

She also recalled how her decision to wear local fabrics went a long way to influence other African first ladies to patronise African fabrics.

“So, we went to a conference in Egypt and all the first ladies were wearing their designer clothes and so on. And I came in my very nice (local) fabric and some were making negative passes at me, others were like I was looking nice, maybe they should also start wearing it. I said thank you and yes they should all start wearing it. And they said they will think about it. By the time my husband was leaving office in 2000, the whole of Africa was wearing local fabrics, I mean the first ladies,” she disclosed.

Indeed, some love to wear fashionable clothes. Others make them, and one of such people who set fashion trends in Ghana is Nana Konadu Agyeman-Rawlings. With her impeccable sense of style, she steps up to every occasion with a fashion that does not go unnoticed. Her beautiful Kente outfits and fabrics with her usual headgear have no doubt become symbol to many in Africa and beyond.

It was due to some of these reasons she was celebrated at the Fashion Connect Africa event, which was aimed at bridging the gap between the global fashion industry and the indigenous African fashion industry.

The event brought a never-seen-before style and innovation to the African fashion runway and also showcased amazing collections from some of Africa’s best designers like Chocolate Clothing, Duaba Serwaa, David Tlale and a host of others.