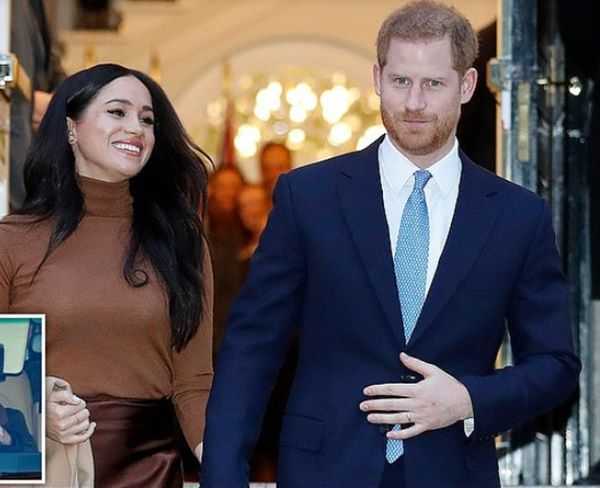 The Duke and Duchess of Sussex are to completely give up Royal life after a Megxit deal was sealed, Buckingham Palace announced tonight.

The couple will no longer use their HRH titles and will repay £2.4million of taxpayers' money spent on renovating their Frogmore Cottage home.

The couple, who will be known as Harry, Duke of Sussex and Meghan, Duchess of Sussex, will stop carrying out royal duties from the spring.

The announcement tonight marks the conclusion of talks about their future after days of wrangling with senior members of the family and royal aides to thrash out a deal.

It effectively means Harry and Meghan have got their wish to pursue an independent life in North America where they can set their own agenda and make money how they choose. However, they have pledged to 'uphold the Queen's values'.

Her Royal Highness, who took control of the crisis that threatened to permanently damage the monarchy, praised Meghan for swiftly becoming a part of the family and thanked the couple for the work they had done, saying she was pleased they had found a constructive way to move forward.