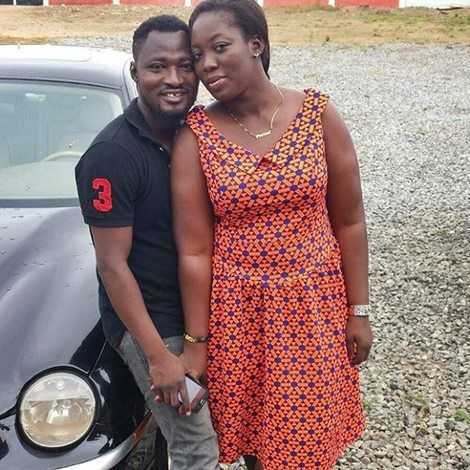 Comedian Funny Face has penned a letter to his ex-wife Elizabeth Nana Adjoa Ntim asking for her forgiveness four-years after a very public stormy divorce.

Funny Face (real name Benson Nana Yaw Oduro Boateng) said he has also forgiven Nana Adjoa after years of harbouring hatred against her.
In what was a tumultuous end to his marriage, the Chorkor Trotro star accused his ex-wife of cheating on him in an interview on Metro TV.


"When someone gives their love, trust, loyalty and you accept to be committed but later throw all their sacrifices to the dogs and cheat on them, you are no different from a witch or a wizard…It takes a huge amount of sorcery and witchcraft to cheat, cheating on your partner is equal to murder," he said.

Nana Adjoa replied by accusing the comedian of lacking virility.

“I am a beautiful and naturally endowed but unfortunately, Nana Yaw Oduro Boateng could not satisfy me sexually," Funny Face said. “My ex-husband is suffering from early ejaculation and I had cautioned on several occasions but he wouldn’t listen to me.” Nana Adjoa said in an interview.

In a riposte to that claim, Funny Face said he has now fathered twins.

Hello NaNa Adwoa .. how u doin ? Hope all is well with u and da family .. well let me go straight to da point .. for some years now .. I have haboured soo much hatred and Anger towards you .. you have da least idea ! While praying dis dawn .. I felt it deep in my spirit ... dat I have to do dis publicly .. from today Nana .. I FORGIVE YOU .. everything you said abt me during our fight .. everything I said abt u too .. pls FORGIVE ME .. let’s live peacefully on dis earth for da world we see today is passing away soo quickly .. TODAY WE ARE HERE .. TOMORROW WE GONE. .. deep within you I know if I die today .. u won’t be happy .. and vice verse ! Recently when we were shooting KASOA TROTRO tv series .. you saw me and u smiled .. I know even tho u won’t show it .. you are Happy dat things are moving on well with me now 🙏❤️. .. and the 2 minutes “ issue “ turned to twins 😝🥰❤️😃 .. GOD has blessed me in double fold NANA .. so from today I SET MY SELF FREE from any anger and rage .. dat has kept me in bondage ... 🙏 and oh WIKIPEDIA pls update my bio now to my new Wife ❤️🙏🥰 I WISH YOU ALL DA BEST. NANA .. keep shinning 🙏 ... my #ELLAandBELLA👯‍♀️ KASOA VANDAMME “ ei go over you “ #MrHappiness 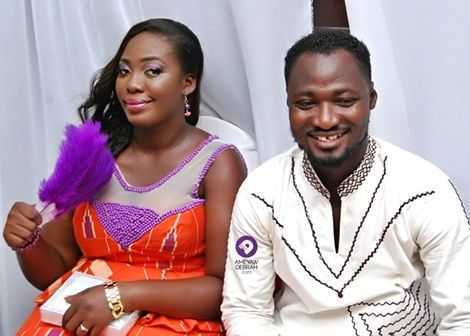