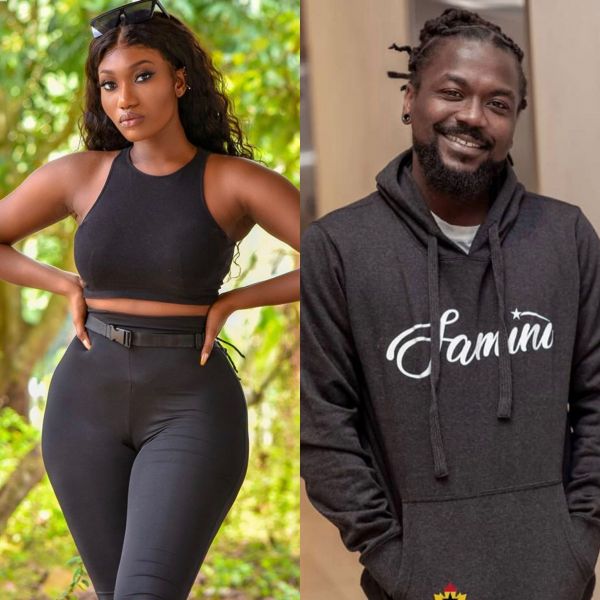 Although the “Emergency” singer’s name starts with “W” (Wendy), she has decided to associate herself with the top guns in the industry who happen to have the letter “S” as the first alphabet in their names.

“The 4S. Shatta, Sark, Stone, Shay she tweeted on Monday.


However, reacting her tweet, award-winning reggae/dancehall artist, Samini has explained to the singer what she has to do in order to be a part of the “S” gang.

“There must be Power in the letter “S”. You need a suit with it written on your chest lol. You want to make the list so bad “WS”? “S” for star ,S for spirituality ,S for seriousness ,S for simplicity ,S for solar .. make I continue? 🔑 The name must start with “S” if anything 🎯,” he tweeted. 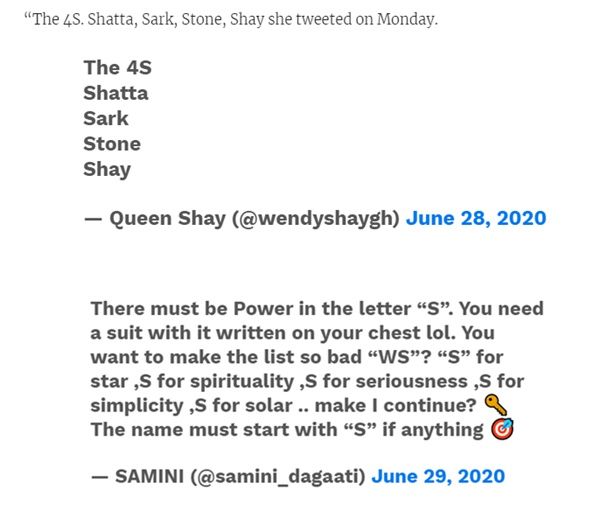