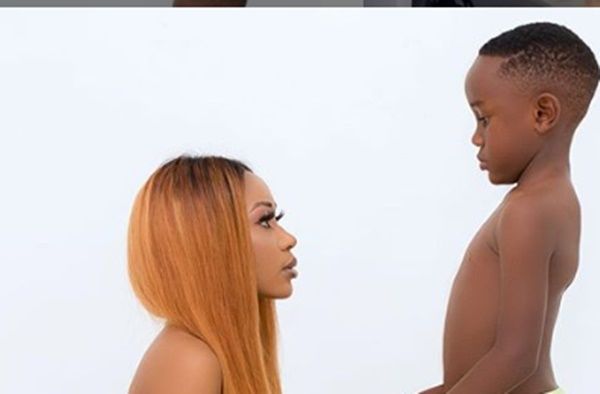 Ghanaian actress and socialite, Akuapem Poloo has reacted after her viral indecent photo.MThe actress has earlier shared a photo of her squatted unclad in front of her 7-year-old son.

The photo has courted public outrage as many people regard it as an abuse to the innocent boy.

Following that, Akuapem Poloo has been invited by The CID as Children’s Right Group expressed disdain about the indecent photo.

Akuapem Poloo has finally reacted to the incident. According to her, she meant to carry out a message in an artistic form that Children must not shy away from covering their parents nakedness – no matter what it takes, they should defend and stand by their parents.

She also added that she still baths with her 7-year-old son; she baths him before she baths so both of them go the bathroom together.

She has, however, said sorry for her actions and any negative impact it has caused.