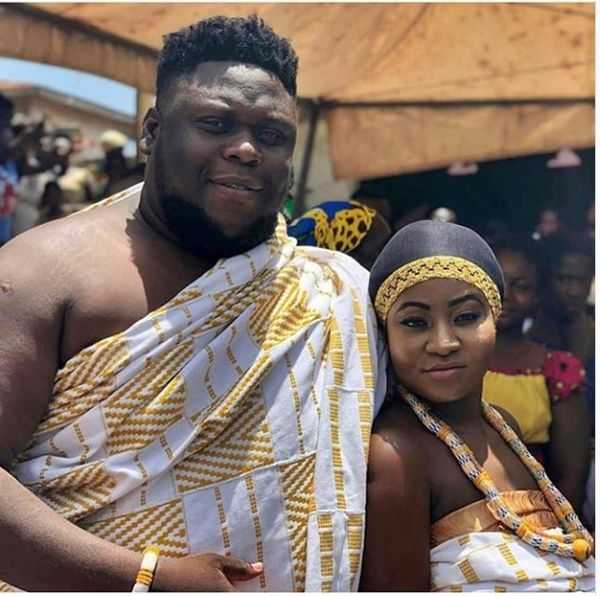 Among the chorus of mockeries sang for plus-size actor Oteele is what would be of his slim wife should he sleep on her during sexual intercourse. But that is the least of his worries because such comments, he says, are made out of sheer ignorance.

Recalling people’s reaction towards his stature on the Delay Show, Hen Yao Mawunyo as the actor is known in real life mentioned that, “Some even said I’d kill my wife if I sleep on her. I told them they don’t know how to have sex with a lady.”

In what appeared to be a lecture on how to make love to a woman, Oteele said: “You don’t just sleep on her; you need to be romantic.”

According to the Kumasi-based actor, his wife is equally unperturbed about his weight, neither is she concerned about such remarks. The reason is simple – his performance in bed is topnotch.

He said: “My wife is okay. When they make these comments, she laughs and say ‘you don’t know what is inside this man’. My wife would have left me long ago if I’m unable to satisfy her in bed.”

Oteele who has starred in several movies and TV series including ‘Papa Kumasi’ stated that despite being taunted for being “fat”, he is happy because he is healthy. According to him, he has not had any health complications.

“It’s hereditary. There are some people who are obese and sick. I’m 100% healthy. God created me; I didn’t. God knows why he created me this way so I won’t get worried over what people say,” he noted.

On a regular day, he eats three balls of banku with okro stew in the morning, fufu in the afternoon, and fruits in the evening, he disclosed.

"I don't like beverage or porridge for breakfast. No! If you serve me such foods, I won't be happy. If you're giving me food, give me proper food. If you want to give me food, serve me something heavy."