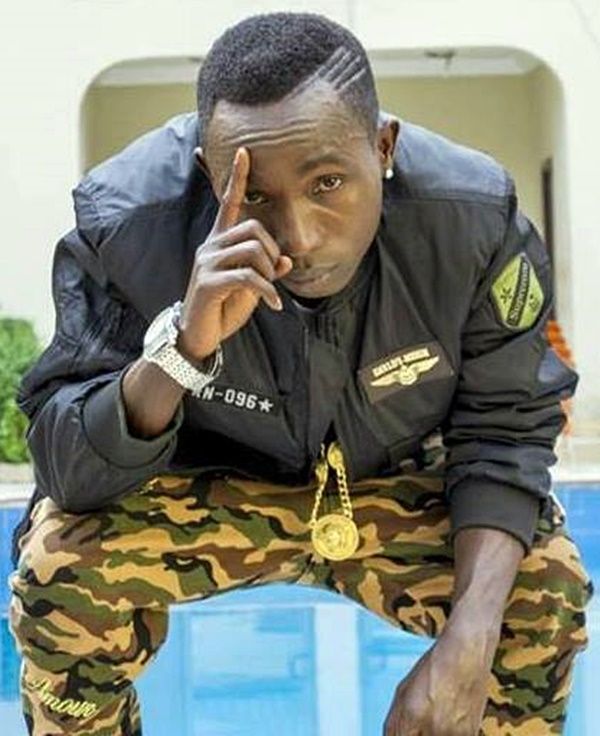 A month ago, musician Patapaa was admitted in the hospital and rumors had it that he was poisoned.

An indisposed Patapaa at the time couldn't come out to address the issue but his management did and  denied their musician was at the verge of death as a result of food poisoning.

The management however confirmed the rumors of the musician being hospitalized.

"The public is hereby informed that the release is false and misleading. The artiste was hospitalised but has nothing to do with food poisoning. Patapaa Amisty is doing fine and recovering speedly from a minor illness. Air cleared, the management wishes to inform the 'Sojas' and the general public to be relieved and encouraged to keep praying for the team so nothing like such should happen in our future endeavours," the PAPA SOJAS management stressed.

But the big question remains what led to Patapaa's hospitalization?

The musician has demystified the mystery surrounding his hospitalization.

In an interview with Abeiku Aggrey Santana on Okay FM's 'Ekwanso Dwoodwoo' on Tuesday, September 16, 2020, he cemented the statement of his management emphasizing he was not poisoned.

Narrating what happened to him, he said he noticed he was not feeling well and informed a relative who then asked him to see the doctor which he did and upon reaching the hospital was diagnosed, and found out that his condition was critical.

According to him, his sickness was high fever which later degenerated into malaria.

"I wasn't fine but it wasn't poison. I was very sick though. It was high fever. I don't like injection, so it develop into malaria," he stated.