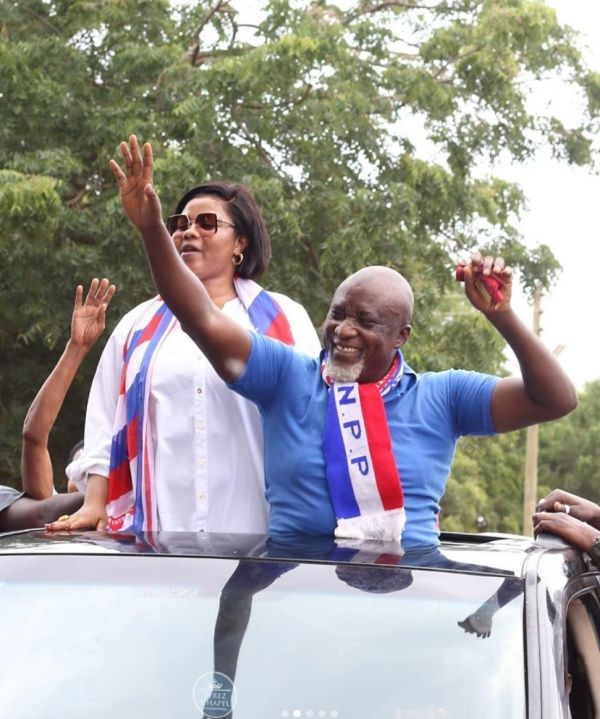 Gospel musician Gifty Osei also known as Empress Gifty, who is a known supporter of the opposition National Democratic Congress(NDC) has been spotted campaigning for he ruling New Patriotic Party (NPP).

Gifty campaigned massively for NDC in 2016 but in 2020 she has declared that she is in support of victory for the NPP in the 2020 election.

The Gospel musician made this known during the debut of a newly unveiled cooking show dubbed 'Aben wo ha' on TV. She was together with her husband when she made this known.

True to her words Gifty has been spotted few days ago campaigning with her husband, Hopeson Adorye who is the NPP parliamentary candidate for the Kpone Katamanso Constituency.