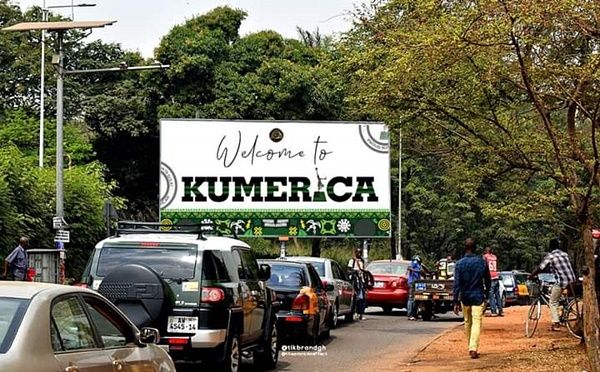 Kumerica has become the latest trend and fast permeating term in the country.

The term originated from the heart of Kumasi, Ashanti Region but little was known about its history and why the concept.

It began like a social media buzz but quickly evolved into a movement with the originators creatively renaming the streets in Kumasi and also having a Kumerican anthem to complement the beauty of the concept among others.

However, the renaming of the streets after streets in the United States and the Kumerican culture has raised heated arguments with some critics arguing that the players are affected by inferiority complex.

Interestingly, this is not inferiority complex but rather a beautiful marketing and advertising strategy to sell Kumasi talents across the country and the world at large.

As curious and inquisitive as many people are about the Kumerican trends, the originators were brought to the studios of Peace FM to tell the story behind Kumerica.

Speaking on 'Entertainment Review', the originators told host Ola Michael that the term ''Kumerica'' stands for the ''arts and entertainment of Kumasi'' and further shared a lot about the concept.