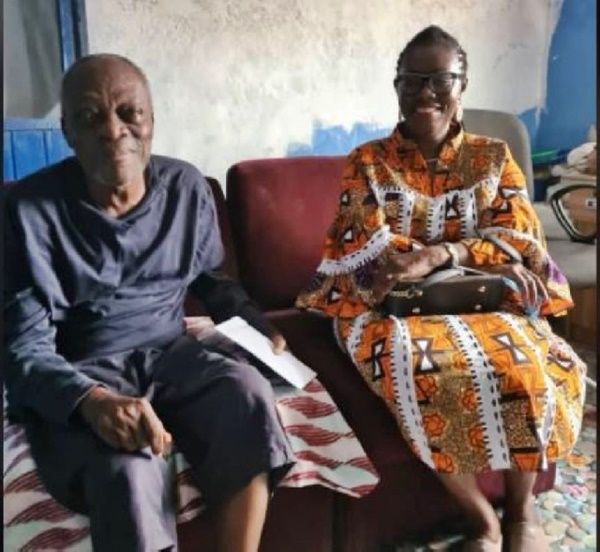 The Member of Parliament for Ablekuma West, Mrs Ursula Owusu-Ekuful, visited veteran actor Kofi Laing, popularly known as Kohw3, on his sickbed at the weekend.

Kohw3 has been sick for a while now.

According to the lawmaker, Kohw3 says he does not regret quitting his job at the Foreign Affairs Ministry in 1965 to pursue a career in acting and comedy.

“I had a hearty conversation with the one-time vibrant man.

"I assured him to hold on to life and be hopeful as some of us will continue to support and allow God to do his part,” Mrs Owusu-Ekuful said in a Facebook post.

Kohw3 acted in the famous Akan drama series and has also featured in a lot of Ghanaian movies and TV series.

Last year, Kohwe made a passionate appeal to Ghanaians and people in authority to care for old actors and show them love, while they are alive and not wait until after their death.