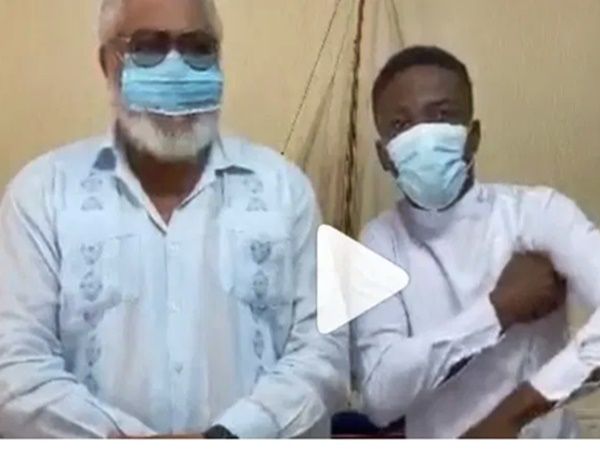 Actor and comedian, Clement Ashitey, popularly known as Clemento Suarez, has disclosed the family of late ex-President Jerry Rawlings has told him to stop mimicking him for now.

The comedian, in August 2020, paid Mr Rawlings a visit in his office and set him rolling on the floor after mimicking him.

After the visit, he had on several interviews replayed scenes from his visit.

He made the disclosure on UTV when he was offered another opportunity to relive the moment and imitate Mr Rawlings.

“I was called by ex-president Rawlings’ family to stop imitating him from now until he is buried. I was told to respect the dead and more so his personality as a former president,” he revealed.

He said he will abide by the directive of the family.