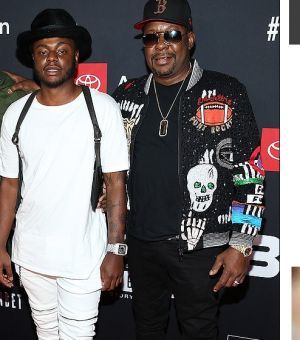 Bobby Brown's 28-year-old son, Bobby Brown Jr. has been found dead at his home in Los Angeles, five years after the death of his half-sister Bobbi Kristina and eight years after his stepmother Whitney Houston drowned in a bath.

Police rushed to a 'medical emergency' at his home in Encino, California, at 1.50pm on Wednesday.

It's unclear what the cause of death was or who called for help but police say they do not think foul play was involved.

Bobby Jr. is the second child R&B singer Brown has lost after the death of his daughter with ex-wife Houston, Bobbi Kristina, who was found unconscious in a bathtub in 2015 at the age of 22.